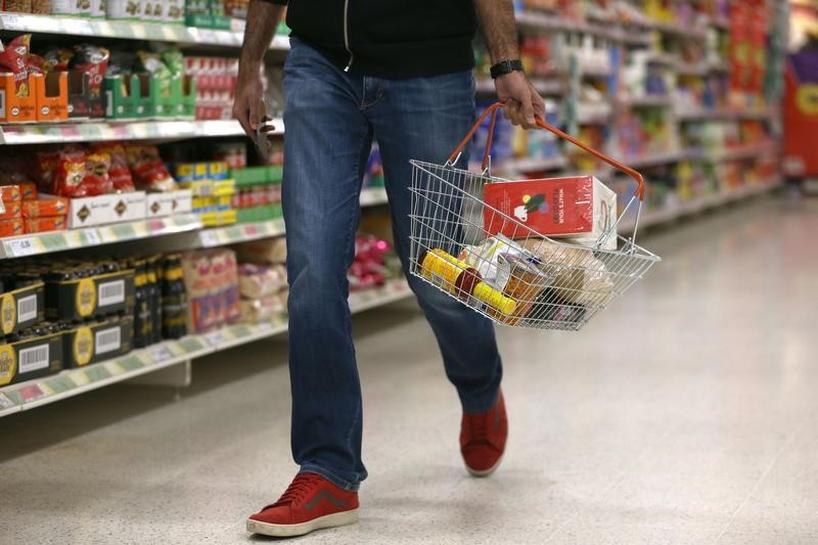 LONDON (Reuters) – Nearly half of businesses operating in Britain’s food supply chain say European Union workers are thinking about leaving because of uncertainty around Brexit, an industry survey showed on Thursday.

Food processing makes up the biggest chunk of British manufacturing and relies heavily on immigrants, all though much of debate so far around Britain’s departure from the EU has focused on sectors like car production and aerospace.

Forty-seven percent of companies in Britain’s food supply chain — which includes farms, food processors, supermarkets and restaurants — said their EU workers were considering their future as a direct result of the June 2016 Brexit vote, according to the survey compiled by several trade bodies.

Nearly a third of respondents to the survey, conducted between March and May, said some EU staff had already departed.

While Britain’s economy has slowed sharply this year, evidence that the Brexit vote made an impact on the labour market is less clear.

“An abrupt reduction in the number of EU workers eligible to work in the UK after Brexit would result in significant disruption for the entire food supply chain,” said Andrew Opie, director of food and sustainability at the British Retail Consortium.

He added that this would have consequences for the availability and price of food in Britain.

Around a fifth of the 2 million EU nationals working in Britain are employed in the food and drink supply chain.

Thirty-six percent of companies in the survey said their businesses would be unviable without access to EU workers.

Prime Minister Theresa May has said the government will guarantee the rights of EU citizens already in resident in Britain, but the details of a future immigration system are still unclear.

“We must stress the urgency for more detailed information about a new system before 2019, if it is to be implemented once the two-year Article 50 period ends,” the report said.

The future of the border between the British province of Northern Ireland and the Republic of Ireland was another worry cited by respondents in the survey.

Britain wants no border posts or immigration checks between Ireland and the British province of Northern Ireland after Brexit, but critics have said this goal may be unworkable.

The report said some companies could move to the Republic of Ireland if Brexit disrupts the Common Travel Area that currently exists with Northern Ireland.

The survey, based on 627 companies, was compiled by the Food and Drink Federation.