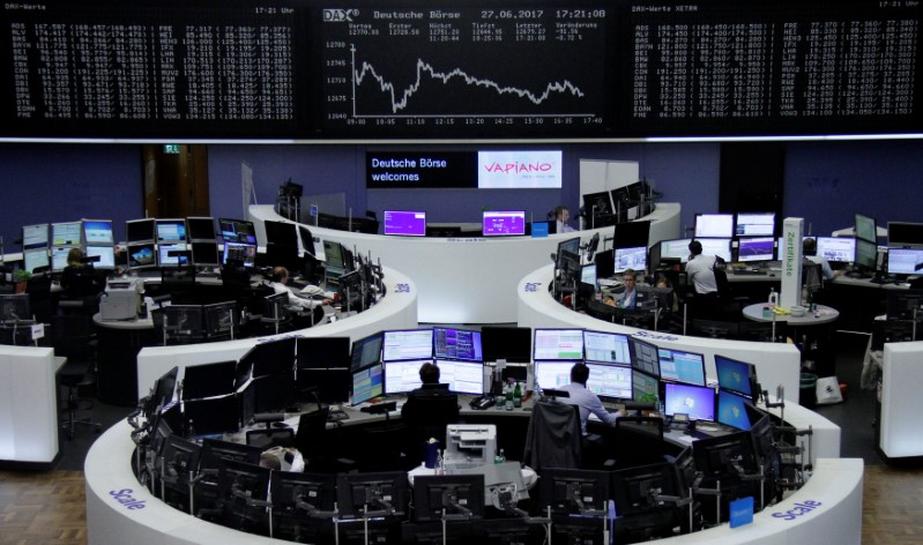 LONDON The euro hit a 1-year high on Wednesday and German 10-year Bund yields continued to rise after doubling the previous day, as bets grew that the European Central Bank is readying to scale back its 2-trillion-euro stimulus programme.

It was a lively start to European trading. The bond market sell-off [GVD/EUR] and jump in the euro came as a dive in technology stocks after the latest global cyber attack sent European shares to a two-month low. [.EU]

The euro was eyeing up $1.14 and was at a 7-month high versus the pound after an upbeat ECB President Mario Draghi on Tuesday opened the door to changes to the bank’s aggressive stimulus policy.

The currency is now up almost 10 percent this year. The head of the Federal Reserve, Janet Yellen, and one of her lieutenants, Patrick Harker, said on Tuesday that they expected to continue raising U.S. interest rates, but it couldn’t rally the dollar.

That provoked the banking world’s single biggest cheerleader for a stronger dollar, Deutsche Bank, to declare the end of the greenback’s bull run which dates back to 2014.

“I do think the euro now has got quite significant momentum behind it and I think that will build towards the confirmation of some tapering announcement this year. So I would be long the euro on a tactical basis for the rest of the year,” JPMorgan Asset Management’s Global Market Strategist, David Stubb, said.

At the same time core European bonds are the significant area of vulnerability to better euro zone growth and to changes in ECB policy, he added.

“If you are looking at a 10-year maturity and further out, it is a global bond market and the extremely low yields in core Europe stick out alongside Japan and Switzerland as the places that seem stretched in terms of valuation.”

Amid all the choppiness, safe-haven gold rose for a sixth day in the last seven.

In Asia overnight, MSCI’s broadest index of Asia-Pacific shares outside Japan dropped 0.4 percent as it pulled back from a two-year high hit on Monday.

Japan’s Nikkei share average ended down 0.5 percent, as the yen at 111.900 also took advantage of the weaker dollar. The banking and insurance sectors however outperformed on expectations of higher rates. [.T]

Federal Reserve chief Janet Yellen had said in London that it was appropriate to “gradually” raise U.S. rates, although there was an acknowledgement that inflation had seen some slippage.

Overnight, Wall Street’s S&P 500 posted its biggest one-day drop in about six weeks and closed at its lowest point since May 31. It was spooked after the U.S. Senate delayed voting on a healthcare reform bill, rekindling worries about the timeline of Donald Trump’s business-friendly policies. [.N]

The dollar index, which gauges the U.S. currency against a basket of six major counterparts, edged down 0.2 percent to 96.227, well below its previous session high of 97.447.

The euro was up 0.5 percent at a one-year high of $1.1373 with FX traders waiting for another flurry of ECB policymaker speeches at a conference hosted by the central bank in Portugal.

The greenback also slumped against the Canadian dollar after Bank of Canada Governor Stephen Poloz told CNBC that it looked like the central bank’s rate cuts have done their job.

Commodity markets were also on the move. Crude oil futures gave back some of Tuesday’s near 2-percent jump that had come on the back of the weaker dollar and expectations that U.S. crude inventories might decline for a third consecutive week.