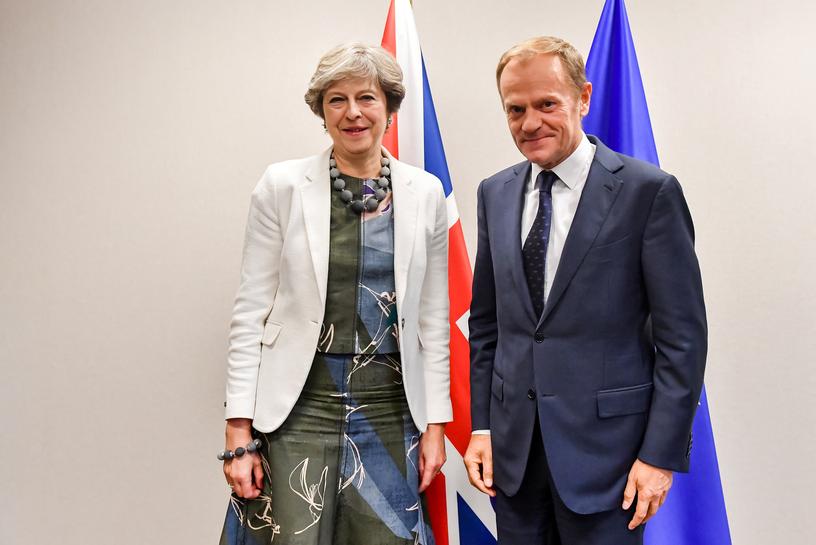 GOTHENBURG, Sweden (Reuters) – There is no deadlock in divorce talks between Britain and the European Union, EU summit chair Donald Tusk said on Friday, adding he was very cautious, but optimistic that negotiations could move on to the next phase in December.

The EU wants to have the main elements of a divorce agreement with Britain on the financial settlement, citizen’s rights and the lack of a physical border between Northern Ireland and Ireland before it moves on to talks on a future trade agreement which is key for British-based businesses.

So far progress in the three areas has been insufficient, raising the prospect that divorce talks will drag on to next year without starting discussions on a future relationship, as companies need to make strategic business decisions now.

“There is no deadlock,” Tusk told reporters on the sidelines of an EU leaders meeting in the Swedish city of Gothenburg where he also held talks with British Prime Minister Theresa May.

“I feel much better, safer after my meeting with Theresa May, everything is possible,” Tusk said.

“There was very visibly goodwill on both sides. We still have a chance to achieve our first goal — to achieve the finalisation of the first phase of negotiations. I am very cautious, but optimistic.”

He said he will meet May again next Friday, Nov. 24, to consult on progress during another EU meeting in Brussels.