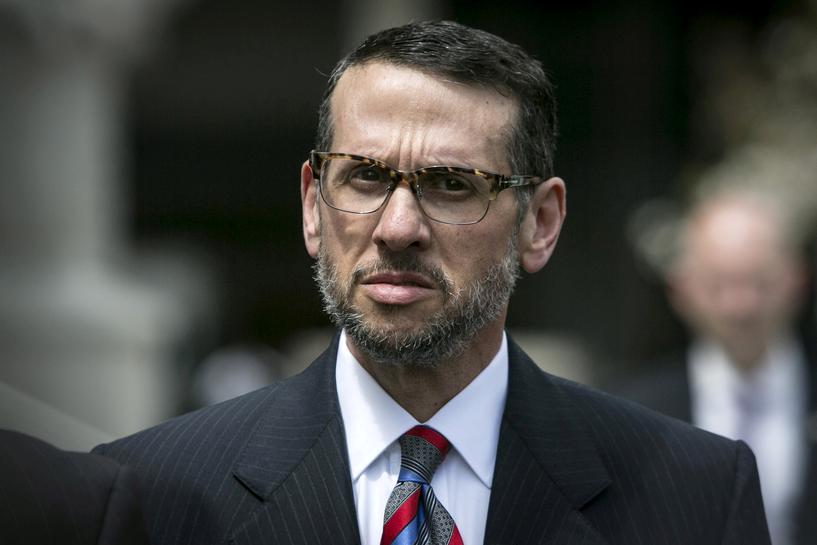 NEW YORK (Reuters) – The mastermind of the Bridgegate lane closure scandal that helped derail New Jersey Governor Chris Christie’s presidential ambitions could avoid prison when he is sentenced in federal court on Tuesday.

David Wildstein, 55, a former executive at the Port Authority of New York and New Jersey, provided the key evidence that led to the indictment and conviction of two former Christie allies, according to authorities.

Both U.S. prosecutors and Wildstein’s defense lawyer have urged U.S. District Judge Susan Wigenton to sentence Wildstein to probation in light of his extensive cooperation and his guilty plea to conspiracy charges.

“Put simply, were it not for Wildstein’s decision to cooperate and disclose the true nature of the lane reductions, there likely would have been no prosecutions related to the bridge scheme,” U.S. prosecutors wrote in a court filing released on Tuesday.

Wildstein admitted to concocting a scheme to shut down access lanes at the George Washington Bridge in September 2013, causing massive traffic jams as punishment for a local Democratic mayor who declined to support Christie’s reelection bid.

The bridge is the world’s busiest, according to the Port Authority.

Christie, who was never charged, has denied any involvement, despite Wildstein’s testimony that the governor was aware of the plot as it unfolded. But the fallout damaged his status as a front-runner for the 2016 Republican presidential nomination, and he is now saddled with record-low approval ratings in the final year of his tenure as governor.

Wildstein’s co-conspirators, former Christie aide Bridget Kelly and former Port Authority deputy executive director Bill Baroni, were found guilty at trial in November and sentenced to 1-1/2 and two years in prison, respectively. They remain free on bail while they appeal their convictions.

Wildstein’s decision to turn over incriminating messages to state legislators – including the infamous email in which Kelly told him, “Time for some traffic problems in Fort Lee,” setting the plot in motion – ensured the “true nature of the scheme saw daylight,” prosecutors wrote.

During eight days of testimony as the government’s star witness, Wildstein implicated Kelly, Baroni, Christie and other members of Christie’s inner circle in the scheme and the effort to keep it quiet after the fact.

(This story corrects the day of sentencing of David Wildstein to Wednesday in the first paragraph.)