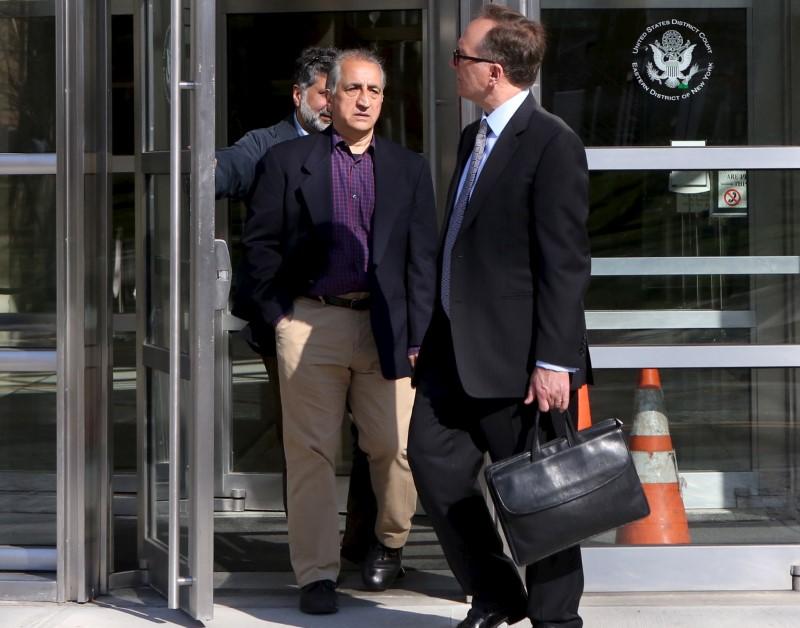 NEW YORK (Reuters) – A former consultant to Iran’s mission to the United Nations was sentenced to three months in prison on Friday for evading taxes by concealing his income and helping family and friends make money transfers that violated U.S. sanctions against Iran.

Ahmad Sheikhzadeh, an Iran-born U.S. citizen, made the unusual decision to take the witness stand at his sentencing hearing before U.S. District Judge Pamela Chen in Brooklyn. He strongly denied accusations made by prosecutors in a court filing last year that he acted improperly by arranging contacts between a nuclear scientist and Iranian officials while Iran was negotiating a treaty with the United States over its nuclear program.

Prosecutors never brought any criminal charges related to the nuclear program against Sheikhzadeh, who pleaded guilty in November 2016 only to filing false tax returns and conspiring to violate U.S. sanctions.

Sheikhzadeh, 61, was bitterly defiant as he addressed the judge before he was sentenced, saying prosecutors had targeted him in order to pressure him to act as an informant from within the Iran mission.

“That’s a red line and I won’t do it,” he recalled telling authorities. He said he had accepted responsibility by pleading guilty.

Chen said she was not considering the prosecutors’ accusations about the nuclear program in imposing her sentence, which was much lower than the 46 months called for by federal guidelines.

Chen said on Friday that she did not understand the significance of the claims about various contacts between Sheikhzadeh, a nuclear scientist he knew and Iranian officials, first made in court filing in June 2017.

“I can’t figure out, for the life of me, what you think he is doing,” she said.

Sheikhzadeh testified at the hearing that he helped arrange meetings as part of his job as a consultant to the Iranian mission, which included analyzing the political situation between Iran and the United States. He said he supported Iran’s right to develop nuclear energy, though not nuclear weapons.

He admitted that he did not disclose his income from the mission, which was paid in cash, on his tax returns.

Sheikhzadeh, speaking to reporters after the hearing, called the prison sentence “very unfair.”

Iran reached a deal with the United States and other nations in 2015 to limit its nuclear program in exchange for relief from international sanctions. U.S. President Donald Trump has criticized the deal but so far left it in place.