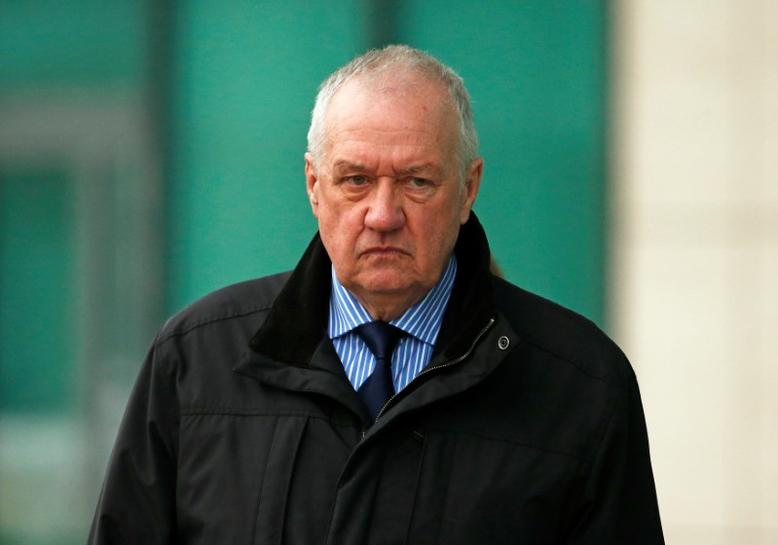 The charges related to the deaths and also to an alleged subsequent cover-up by police of their own catastrophic mistakes.

The victims, all Liverpool supporters, died in an overcrowded, fenced-in enclosure at the Hillsborough stadium in Sheffield, northern England, during an FA Cup semi-final between Liverpool and Nottingham Forest.

Police at first blamed the tragedy on drunken fans, an explanation that was always rejected by survivors, relatives of the victims and the wider Liverpool community. Families spent decades campaigning for justice for the 96.

“It’s about all of these families, 28 years we’ve had of torture really. It’s been hell on earth,” said Margaret Aspinall, a leader of the families’ campaign group, whose 18-year-old son James was among the dead.

“This is definitely the start of the end,” she told reporters after the charging decision was announced.

“We all need peace from Hillsborough, but we can never have peace until we’ve got truth, justice, accountability.”

Sue Hemming, head of the special crime and counter-terrorism division at the Crown Prosecution Service, said there was sufficient evidence to charge six men with criminal offences.

The most high-profile among them is former police chief superintendent David Duckenfield, who was in charge of police operations at Hillsborough on the fateful day. He was charged with manslaughter by gross negligence of 95 men, women and children.

“We will allege that David Duckenfield’s failures to discharge his personal responsibility were extraordinarily bad and contributed substantially to the deaths of each of those 96 people who so tragically and unnecessarily lost their lives,” said Hemming.

Duckenfield was not charged over the death of the 96th casualty, Tony Bland, who died aged 22 from brain damage sustained at Hillsborough four years after the disaster, because of legal time limits that were in force at the time.

Relatives of the victims, who were told of the decision in private shortly before it was made public, embraced outside the building where they were briefed in Warrington, northern England.

Barry Devonside, who survived the stadium crush but lost his 18-year-old son Christopher, pumped his fist as he emerged from the building. He was visibly emotional as he told reporters how he had felt going into the briefing.

“I was frightened, absolutely frightened that we were going to be let down again. It’s so very hard to fight for justice over the period of time that the families have had to fight,” he said.

“And we’ve been smacked in the face on a number of occasions,” he said, referring to a series of flawed investigations in the past.

Among the other defendants was Norman Bettison, a former police chief constable, who was charged with four offences of misconduct in public office. Those related to his alleged lies about his involvement in the aftermath of the disaster and the culpability of fans.

Two other ex-police chiefs, Donald Denton and Alan Foster, were charged with perverting the course of justice over alleged changes they made to witness statements used during the original investigation and inquest into the Hillsborough deaths.

A lawyer who acted for police, Peter Metcalf, was also charged with perverting the course of justice over similar allegations.

Graham Mackrell, who was Sheffield Wednesday Football Club’s company secretary and safety officer at the time of the disaster, was charged with contravening safety rules and failing to take reasonable care for the health and safety of others.

The defendants other than Duckenfield will appear at Warrington Magistrates’ Court on August 9 for a first hearing in their prosecution.

Duckenfield is in a different situation because he was privately prosecuted in 1999, following which a senior judge imposed a stay. Prosecutors will need to apply to a High Court judge to lift the stay and order that the public prosecution go forward.

(Additional reporting by Andy Yates in Warrington, England and Kate Holton in London; editing by Guy Faulconbridge and Angus MacSwan)