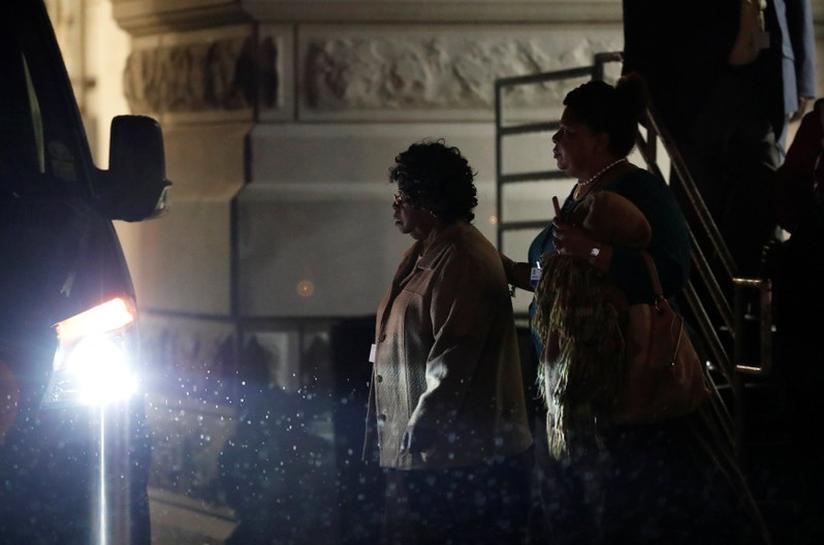 CHARLESTON, S.C. (Reuters) – A white former police officer who shot and killed an unarmed black man fleeing a 2015 traffic stop in South Carolina could learn as soon as Thursday whether he will spend the rest of his life in prison for violating the motorist’s civil rights.

Former North Charleston police officer Michael Slager pleaded guilty in May to the federal charge spurred by the death of 50-year-old Walter Scott.

At Slager’s sentencing hearing in Charleston this week, prosecutors said the shooting was calculated, while the defense said the patrolman had felt threatened after Scott tried to take his stun gun during a struggle.

“The defendant shot Walter Scott in the back eight times as he was running away,” prosecutor Jared Fishman said during his closing argument late Wednesday. “It is time to call the shooting of Walter Scott what it was: It was a murder.”

The case drew national attention after a bystander’s video of the shooting became public, fueling fresh concerns about how minorities are treated by police in the United States.

A state murder trial ended last December with a hung jury, and state prosecutors dropped the murder case in exchange for the plea in federal court.

Slager, who has been in jail since his plea, had pulled Scott over for a broken brake light in April 2015.

Slager’s attorneys argued on Wednesday that his essential crime was not murder but voluntary manslaughter, which carries a lesser sentence.

Defense lawyer Andy Savage told U.S. District Judge David Norton that Slager had no way of knowing whether Scott was armed when Slager shot him, and that his flight from the officer made it reasonable to assume that Scott might be carrying a weapon.

”Our position is that the reasonableness of Mr. Slager’s actions were appropriate until they weren’t,” Savage said. “I’ll let the court make that decision.”

Earlier on Wednesday, Scott’s 17-year-old son made an emotional plea for the judge to sentence Slager to the maximum punishment of life in prison.

”My dad will never see my future kids, his grandchildren, and I know he would have loved them as much as he loved me,” Miles Scott said in a slow, soft voice. “I still can’t believe he’s gone.”