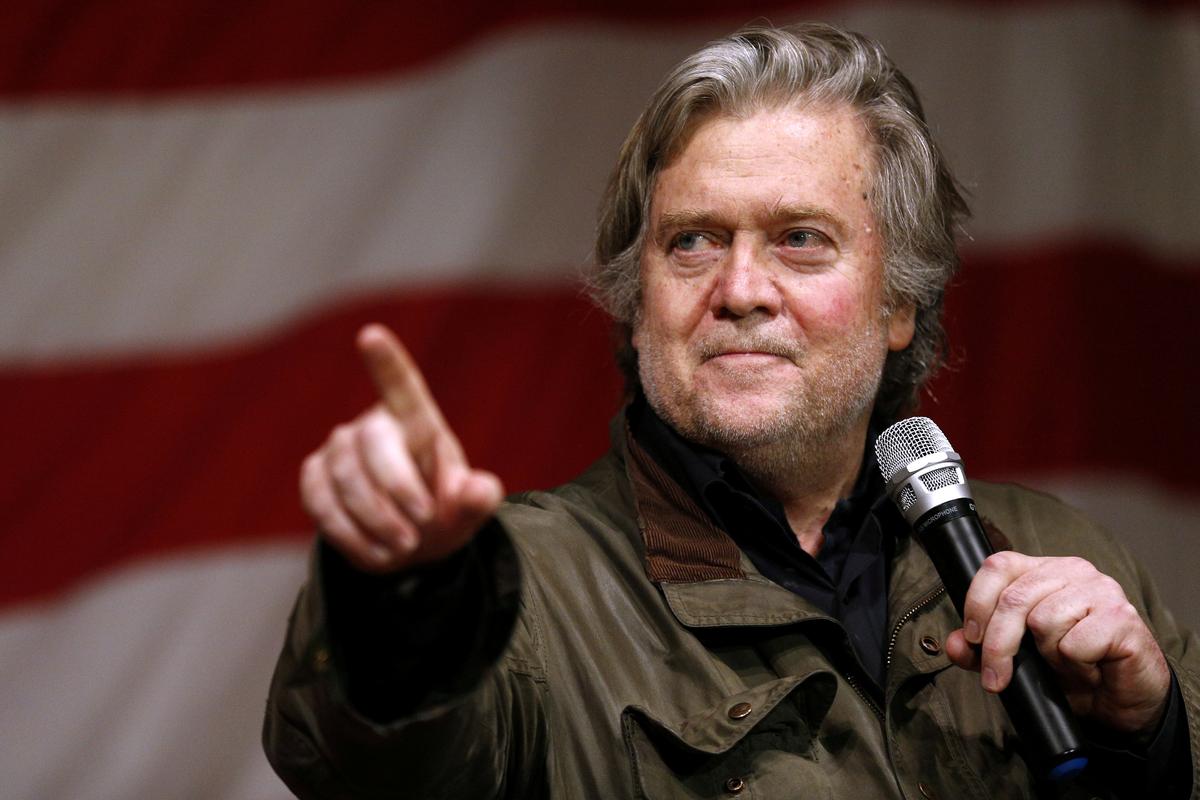 WASHINGTON (Reuters) – President Donald Trump’s former chief strategist Steve Bannon will meet behind closed doors on Tuesday with a U.S. House of Representatives committee that is probing whether Russia meddled in the 2016 presidential election.

The interview with the House Intelligence Committee comes after Bannon’s public falling out with the president over comments Bannon made to author Michael Wolff for his new book “Fire and Fury: Inside the Trump White House.”

In the book, Bannon is quoted as describing a June 2016 meeting between Trump associates, including the president’s son Donald Trump Jr., his son-in-law, Jared Kushner, and a Russian lawyer, as “treasonous” and “unpatriotic.”

The meeting came after Donald Trump Jr. was told in an email that the Russian government had dirt on Democratic presidential candidate Hillary Clinton, to which he replied: “I love it.”

Bannon, a champion of Trump’s “America First” agenda, was fired by the White House in August and returned to the right-wing news website Breitbart News. He continued to speak with Trump and tried to promote the president’s agenda.

But Trump accused Bannon of having “lost his mind” when news of his comments to Wolff surfaced earlier this month. Six days later, Bannon stepped down from his post as executive chairman at Breitbart News.

Bannon is the latest high-profile figure to testify before the House committee as part of its ongoing investigation into allegations that Russia interfered in the U.S. election.

Russia has denied meddling in the election and Trump has denied there was any collusion between his campaign and Moscow.

Later in the week, the panel will hear from former Trump campaign manager Corey Lewandowski. In an interview with WABC-AM radio broadcast on Sunday, Lewandowski said he expects the closed-door meeting to take place either Wednesday or Thursday.

“I would be happy to come in and sit down. I have nothing to hide,” he told the radio station. “I didn’t collude or cooperate or coordinate with any Russian, Russian agency, Russian government or anybody else to try and impact this election.”

Democrats on the committee have accused Republicans of rushing to wrap up the probe to help give the president political cover, despite their requests to interview more witness. Republicans have denied the charge.