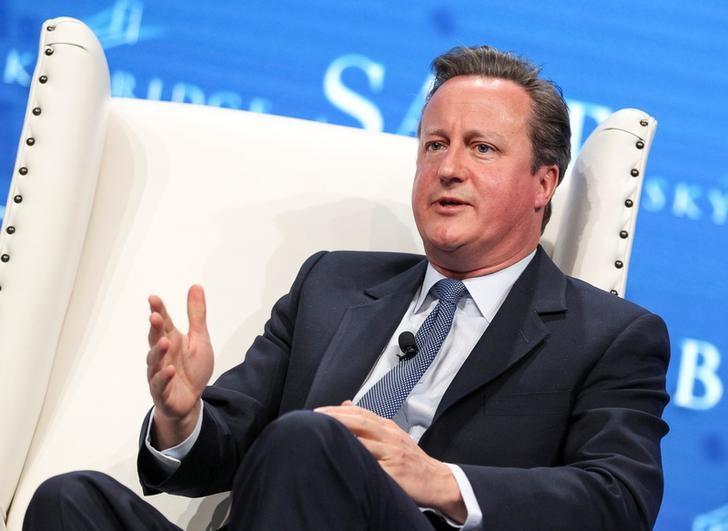 LONDON (Reuters) – Former British Prime Minister David Cameron, whose failure to persuade Britons to stay in the European Union led to his exit from office, was caught on camera saying Brexit was not going as badly as he had believed it would.

Cameron, who called the June 2016 referendum after being returned to power the year before, campaigned for Britons to stay in the EU, arguing that leaving the bloc would send the country into an economic tailspin.

However, despite his dire warnings, Britons shocked the political establishment by voting 52 to 48 percent for Brexit, prompting Cameron to announce he would step down.

“As I keep saying, it’s a mistake not a disaster. It’s turned out less badly than we first thought,” Cameron was caught saying to Indian steel magnate Lakshmi Mittal at the World Economic Forum in Davos.

“But it’s … still going to be difficult,” he said in footage captured by Britain’s Channel 5 News.

Britain’s economy has withstood the Brexit vote shock better than most private economists expected at the time of the vote but it has lagged behind growth rates seen in most other leading economies.

Theresa May, who replaced Cameron as prime minister and vowed that Britain will exit the bloc in March 2019, has faced widespread criticism for her leadership on the issue.

The country remains deeply polarised about Brexit and research indicates there is growing concern amongst Britons about how the divorce talks are proceeding and pessimism about the economic impact of leaving.