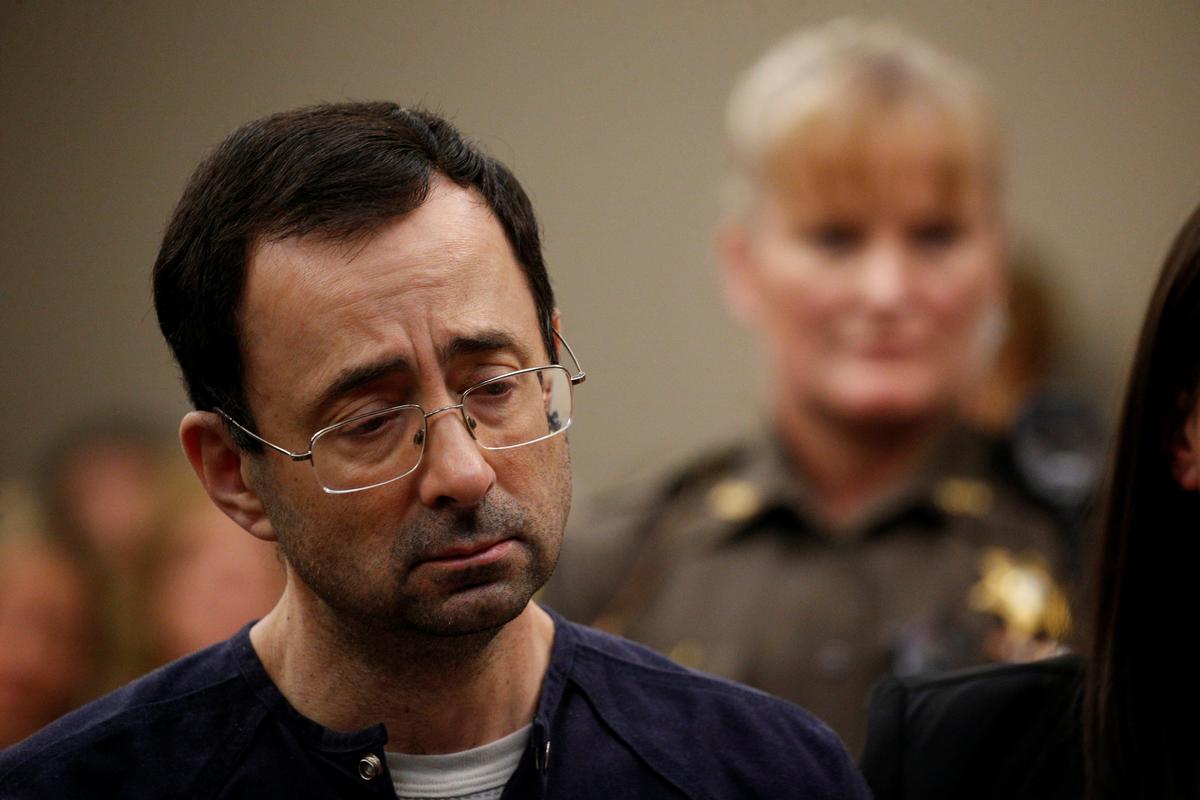 LANSING, Mich. (Reuters) – Disgraced long-time USA Gymnastics team doctor Larry Nassar was sentenced on Wednesday to up to 175 years in prison for molesting young female gymnasts, following days of wrenching testimony from about 160 of his victims, including Olympic medalists.

Some victims dabbed their eyes after Aquilina spoke, while Rachael Denhollander, the first victim to come forward publicly in 2016, smiled.

Nassar, 54, pleaded guilty in November to seven counts of first-degree sex assault in Ingham County, as well as three additional charges in Eaton County, where he will be sentenced next week. He is already serving a 60-year sentence in federal prison for child pornography convictions.

Before the sentence was announced, Nassar apologized to his victims, telling them, “I will carry your words with me for the rest of my days.”

But Aquilina dismissed his statement as insincere, reading aloud from a letter Nassar wrote to her in which he claimed he was a good doctor who was “manipulated” into pleading guilty, drawing gasps from courtroom spectators. Nassar also claimed his accusers fabricated claims to gain money and fame and wrote, “Hell hath no fury like a woman scorned.”

“This letter tells me you still do not own what you did,” Aquilina said, after angrily tossing the sheet of paper aside. “I wouldn’t send my dogs to you, sir.”

The sentencing followed an extraordinary weeklong hearing that saw a parade of Nassar victims tell their stories in raw and unflinching terms, describing how he used medical treatments and their own trust to justify penetrating their bodies with his fingers.

Reporting by Steve Friess in Lansing and Keith Coffman in Denver; Writing by Joseph Ax in New York; Editing by Cynthia Osterman and Bill Trott

Indian government to meet protesting farmers again as talks continue
Commentary: We got to know Grab for its transport business. That will soon change
87 drug suspects nabbed in island-wide operation, including 16-year-old; drugs worth S$400,000 seized
COVID-19: Gemma Steakhouse ordered to suspend operations over Halloween dinner involving 75 people
More than 11,900 bookings made with SingapoRediscovers vouchers on first day of redemption