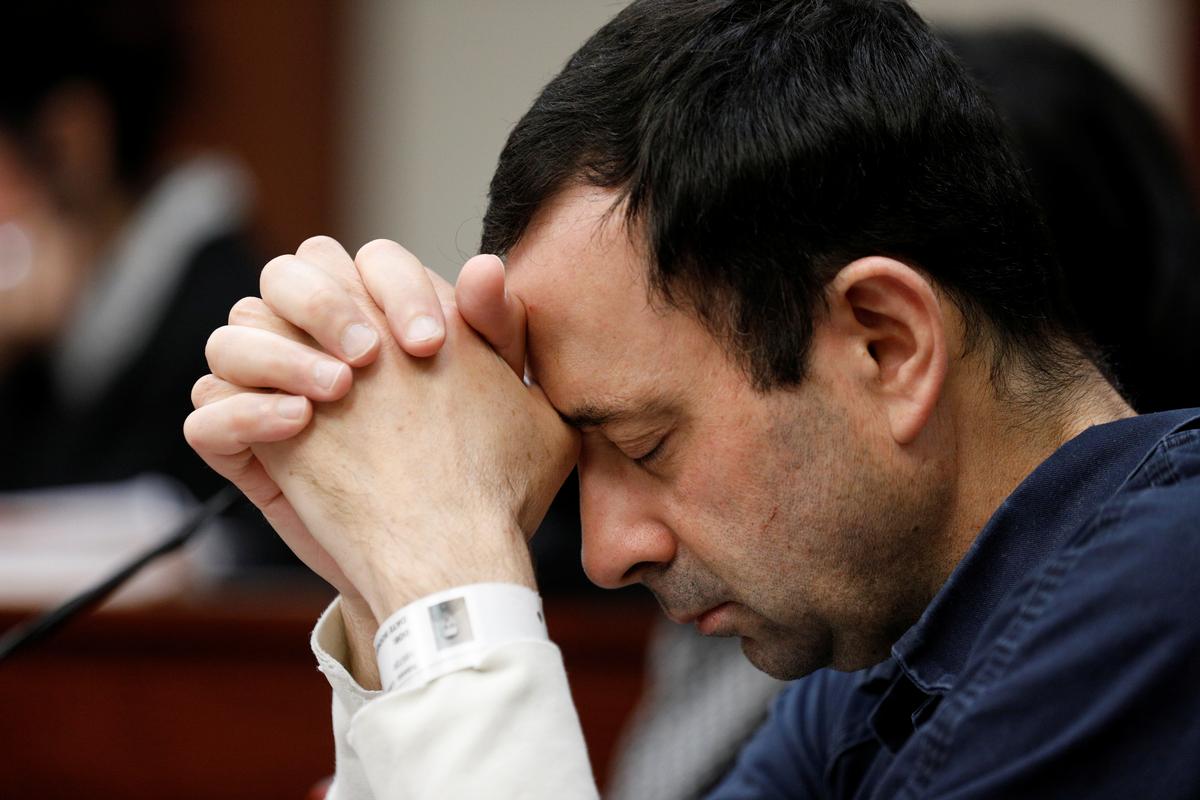 LANSING, Mich. (Reuters) – A Michigan judge is expected on Wednesday to sentence the former long-time USA Gymnastics team doctor Larry Nassar to prison for molesting female gymnasts after a week of emotionally charged statements by his victims.

Prosecutors have asked for a sentence of 40 to 125 years for Nassar, who is already serving a 60-year sentence in federal prison on child pornography convictions.

About 160 of Nassar’s victims have spoken at his sentencing hearing in Ingham County Circuit Court in Lansing, Michigan since it began on Jan. 16.

Nassar pleaded guilty in November to 10 counts of first-degree sex assault and previously apologized in court for his crimes. He has sat through much of the proceedings with his head bowed, not making eye contact with the victims.

Nassar, 54, served as the USA Gymnastics physician through four Olympic Games. He also was the team physician for the Michigan State University gymnastics and women’s crew teams, as well as an associate professor at MSU’s College of Osteopathic Medicine.

Victims and others have criticized USA Gymnastics for ignoring their complaints and have accused the federation of suppressing their accounts in a bid to avoid bad publicity.

On Monday, three top board members resigned in wake of the scandal and continued criticism, following the exit last March of the federation’s president and chief executive.

During the past week, Nasser’s victims have given impact statements to Judge Rosemarie Aquilina that in turns were teary or angry as they asked for the maximum sentence for Nassar. The judge has addressed each victim and repeatedly said she will make certain Nassar gets a lengthy prison sentence.

“He will die there,” Aquilina told one victim last week. “The next judge he faces will be God.”

Many victims also have criticized USA Gymnastics, with Raisman last week calling it “rotten from the inside.” She also called for an independent investigation of the federation and U.S. Olympic officials, who she said had the power to stop Nassar.

Reporting by Steve Friess in Lansing and Keith Coffman in Denver; Editing by Cynthia Osterman