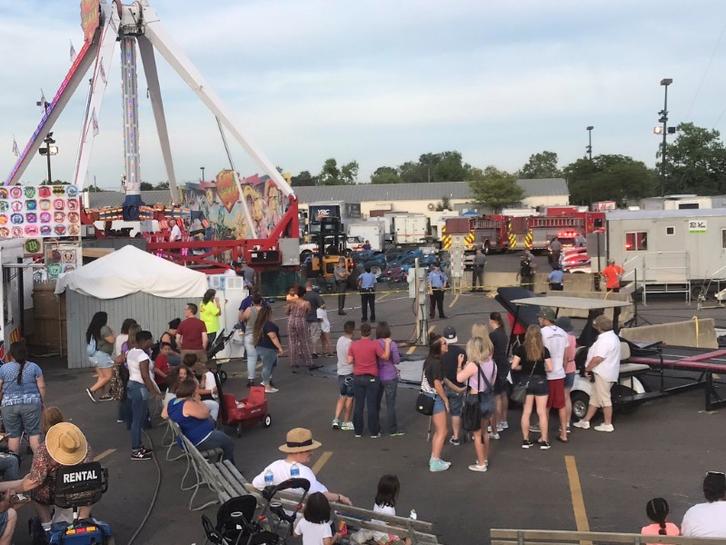 (Reuters) – The “catastrophic failure” of a thrill ride that broke apart in July at the Ohio State Fair, killing one person and injuring seven others, stemmed from excessive corrosion in a support beam, its manufacturer said on Sunday.

The corrosion in the Fireball ride, which hoists people in the air and spins them around, “dangerously reduced the beam’s wall thickness over the years,” Dutch manufacturer KMG International BV said in a statement posted on its Facebook page.

A few days after the deadly incident in Columbus, Ohio, KMG instructed operators to suspend the use of similar rides. On Sunday, it said it was developing a safety protocol to allow properly inspected and maintained rides to safely reopen.

The company said it had dispatched investigators to Columbus, where they looked at video footage of the incident and conducted a metallurgical test of the 18-year-old ride.

Ohio State Fair officials were not immediately available for comment.

Tyler Jarrell, 18, who had just enlisted in the U.S. Marines, was killed when seats snapped off the ride.

Since 2010, there have been 22 U.S. fatalities, including Jarrell, linked to amusement attractions, according to the U.S. Consumer Product Safety Commission, which is investigating the Ohio incident. That excludes work-related incidents and fatalities at water parks or slides.

The Fireball has seats in a circular configuration at the end of an arm that swings riders in a pendulum motion. It can hoist them up to 40 feet (12 meters) in the air and spin them at 13 revolutions per minute, according to Amusements of America, which operates rides.