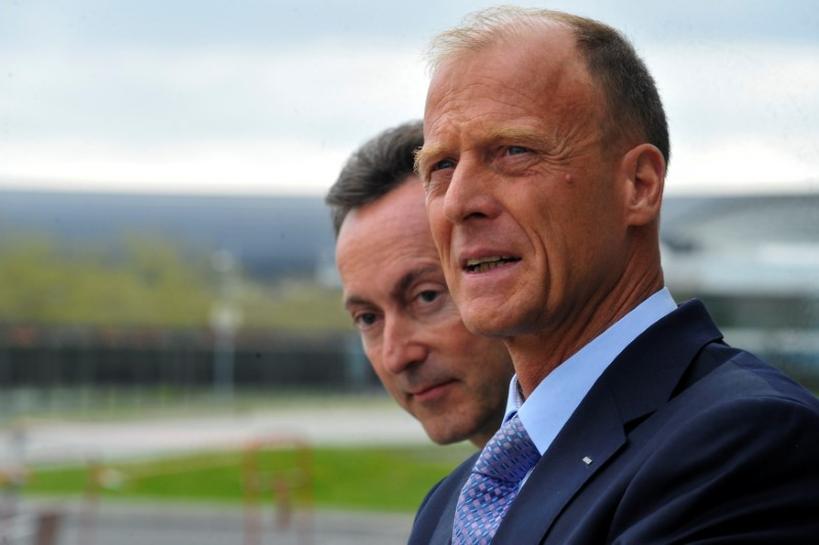 PARIS Airbus is launching a reorganization of its commercial aircraft sales operations in a move likely to focus fresh attention on a delicate balance of power at Europe’s largest aerospace company, people familiar with the situation said.

The surprise move, announced at a management dinner on Thursday, is part of a wider effort to streamline the company by uniting the headquarters with its dominant civil planemaking business, giving substance to a recent internal merger.

But it is likely to raise questions about the coherence of the commercial planemaking operations and could revive speculation over the future of Frenchman Bregier, who has run the world’s second-largest civil planemaker since 2012.

The issue is not one of differing strategies, but the way responsibility is divided inside a company straining to keep a lid on tensions amid recent industrial and regulatory problems.

Absorbing commercial sales, the powerful driver of Airbus’s growth in past decades, will strengthen German-born Enders’ grip on civil operations, which provide 74 percent of revenue.

Bregier and Enders have long been rivals but had reached what was widely seen as a peace deal over the internal merger.

Bregier stepped aside from his role as chief executive of the Airbus civil business as Airbus combined with Airbus Group.

But he remained in charge of the planemaking business as its president, while also becoming Enders’ official no. 2 and chief operating officer of the overall group, now renamed Airbus.

The decision to shift sales from Bregier’s direct control raises uncertainty over the stability of the management deal and steers him toward a purely industrial role, a position the 56-year-old former missiles CEO is unlikely to relish indefinitely.

Sources caution it is too early to talk about a repeat of Franco-German tensions that rocked the group over a decade ago.

But any instability among top management would come at a sensitive time for Airbus as the company wrestles with supplier delays, growing concerns over A350 quality problems and an aggressive new marketing stance at rival Boeing.

A senior company source said the shake-up was driven by “heavy operational challenges” and would “better balance the internal burden sharing” as Airbus becomes a normal company after an overhaul of complex corporate governance in 2013.