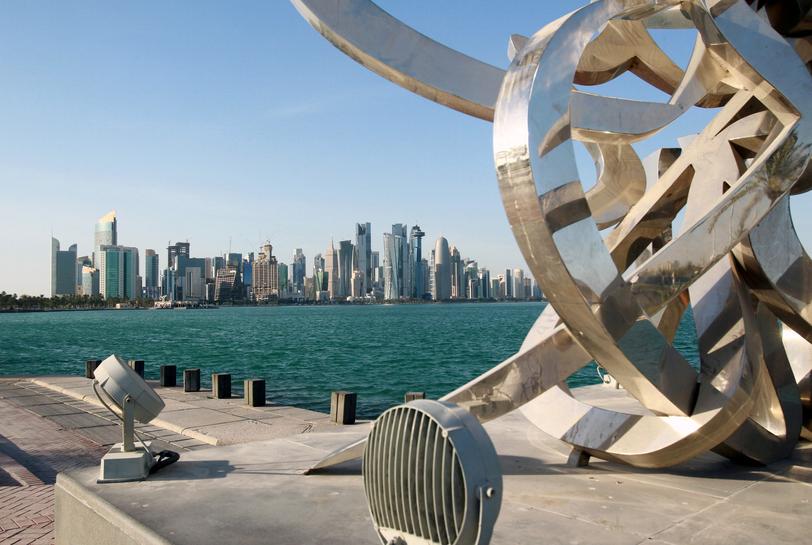 DUBAI (Reuters) – Four Arab countries that imposed sanctions on Qatar have told the United States that U.S. companies doing business with them would not be punished for also working with Doha, four sources with knowledge of the matter said.

Foreign firms have become increasingly cautious on their cross border dealings over concerns they could fall foul of the region’s biggest diplomatic crisis in years.

Saudi Arabia, the United Arab Emirates (UAE), Egypt and Bahrain sent a letter to U.S. Secretary of State Rex Tillerson in July reassuring him that U.S. companies would not be discriminated against as part of the boycott, according to sources with knowledge of the letter.

The European Union has been given similar “official … verbal assurances” by the UAE, the EU Delegation to the UAE told Reuters.

In the letter to Tillerson, the four countries said that they valued and intended to maintain their relationships with U.S. companies and that those ties would not be affected by the boycott, according to a source who has seen the letter.

The U.S. Embassy in Abu Dhabi declined to comment on the letter. The four Arab states did not immediately respond to Reuters questions on the letter.

Tillerson made a four-day visit to the region in July where he met both sides of the dispute and made proposals to help end the crisis.

The four Arab countries cut diplomatic and trade links with Qatar on June 5, suspending air and shipping routes with the world’s biggest exporter of liquefied natural gas and the home to the region’s biggest U.S. military base.

Big Contracts to Be Won

UAE Minister of State for Foreign Affairs Anwar Gargash said on July 17 that the UAE would not ask foreign companies to choose between doing business with it or Qatar.

That followed comments from UAE Ambassador to Russia Omar Ghobash to Britain’s Guardian newspaper on June 28 that companies could be made to choose as part of a new round of sanctions on Qatar.

Top U.S. companies have large investments in countries on both sides of the dispute and there are big contracts to be won in wealthy Saudi Arabia, the UAE and Qatar.

Saudi Arabia, the world’s largest oil exporter, signed business deals worth tens of billions of dollars with U.S. companies during U.S. President Donald Trump’s visit to Riyadh in May.

State-owned airlines in the UAE and Qatar are leading customers of U.S. planemaker Boeing (BA.N), and Doha, which will host the 2022 World Cup, is seeking partners to take part in a huge expansion of its gas production.

Some companies have taken steps to restructure their Middle East operations so that Qatar no longer reports to their regional headquarters, often located in Dubai, in a bid to avoid any conflict.

One of the sources said that there have been no known incidents of a U.S. company being discriminated against by the four Arab countries because of the dispute with Qatar.