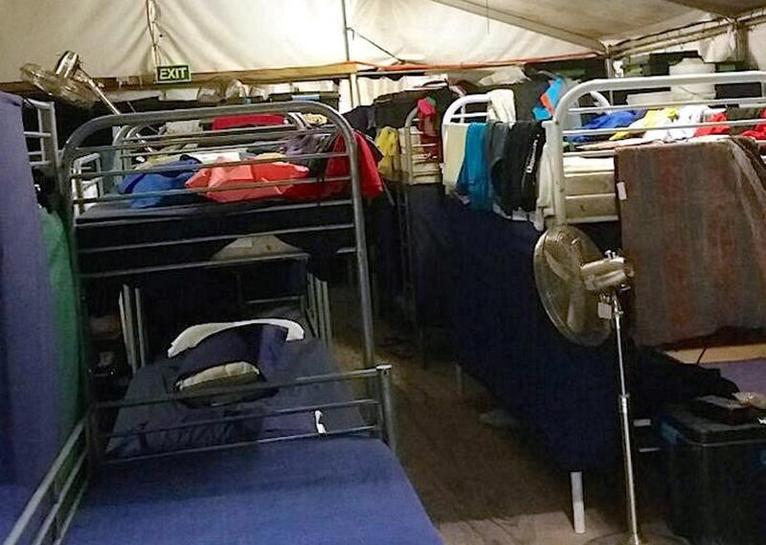 U.S. officials halted screening interviews and departed the Pacific island of Nauru on Friday, two weeks short of their scheduled timetable and a day after Washington said the United States had reached its annual refugee intake cap.

“U.S. (officials) were scheduled to be on Nauru until July 26 but they left on Friday,” one refugee told Reuters, requesting anonymity as he did not want to jeopardize his application for U.S. resettlement.

In the United States, a senior member of the union that represents refugee officers at U.S. Citizenship and Immigration Services (USCIS), a Department of Homeland Security agency, told Reuters his own trip to Nauru was not going forward as scheduled.

Jason Marks, chief steward of the American Federation of Government Employees Local 1924, told Reuters his trip has now been pushed back and it was unclear whether it will actually happen. The USCIS did not respond to requests for comment.

The Australian Immigration Department declined to comment on the whereabouts of the U.S. officials or the future of a refugee swap agreement between Australia and the United States that President Donald Trump earlier this year branded a “dumb deal”.

An indefinite postponement of the deal would have significant repercussions for Australia’s pledge to close a second detention center on Papua New Guinea’s Manus island on Oct 31. Only 70 refugees, less than 10 percent of the total detainees held in the camp, have completed U.S. processing.

“The U.S. deal looks more and more doubtful,” Ian Rintoul from the Refugee Action Coalition said. “The U.S. deal was never the solution the Australian government pretended it to be.”

Former U.S. President Obama agreed a deal with Australia late last year to offer refuge to up to 1,250 asylum seekers, a deal the Trump administration said it would only honor to maintain a strong relationship with Australia and then only on condition that refugees satisfied strict checks.

In exchange, Australia has pledged to take Central American refugees from a center in Costa Rica, where the United States has taken in a larger number of people in recent years.

The swap is designed, in part, to help Australia close both Manus and Nauru, which are expensive to run and have been widely criticized by the United Nations and others over treatment of detainees.

A State Department spokeswoman said on Friday that USCIS “has not yet concluded adjudications of any refugees being considered for resettlement out of Australian facilities in Nauru and Manus islands,” and referred questions on timing to USCIS.

The U.S. government confirmed on Thursday that its refugee intake cap of 50,000 people had been reached with the new intake year not due to begin until Oct. 1.

Exemptions could be made for those who have a “credible claim to a bona fide relationship with a person or entity in the United States”, following a decision from the U.S. Supreme Court last month reviving elements of Trump’s travel ban while it considers the legality of the order.

Given the risky boat journey the refugees in Manus and Nauru undertook to reach Australia, it is unlikely many of them have strong family ties to the United States, experts said. The majority of the detainees interviewed on both Manus and Nauru by U.S. officials in April are from Sudan, Somalia and Afghanistan.

Australia’s hardline immigration policy requires asylum seekers intercepted at sea trying to reach Australia to be sent for processing to camps at Manus and on the South Pacific island of Nauru. They are told they will never be settled in Australia.

Trump’s concession and a series of high-level visits by U.S. dignities has since help mend connections between the two countries.

Australia has already offered detainees up to $25,000 to voluntarily return to their home countries, an offer few have taken up.