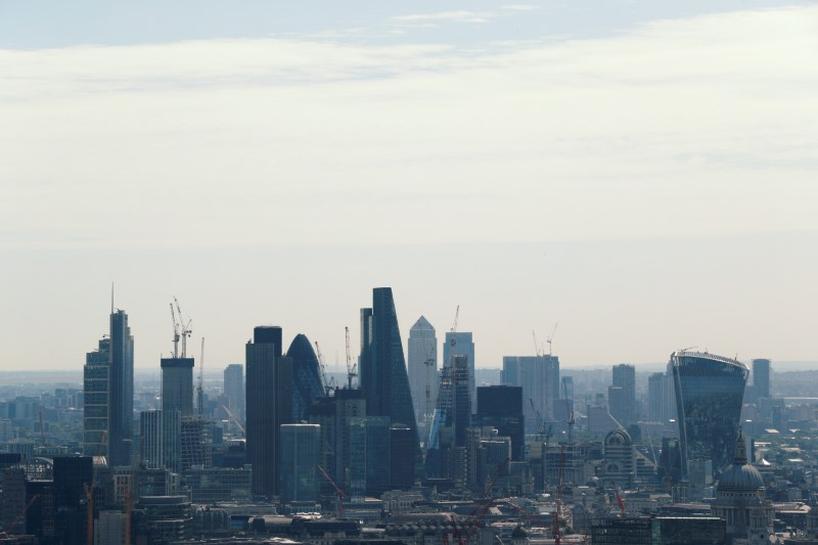 LONDON (Reuters) – Banks at the heart of EU government borrowing could be forced to move some operations out of London if they want to hold on to that business after Brexit, according to three senior bankers with knowledge of the matter.

A large part of European national borrowing is managed by London-based investment banks, which currently rely on “passporting” to offer services across the European Union but could lose this right after Britain leaves.

EU officials are considering imposing rules to require these primary dealers – the banks appointed by national debt agencies to help them borrow from investors – to have significant operations in the bloc post-Brexit, said the bankers.

The bankers said EU authorities were looking at imposing similar rules to those the United States which require primary dealers in U.S. Treasuries to have operations in the country.

They said it was too early to say how much of banks’ operations would be required to move, but that it could involve all primary dealing jobs as well as some jobs in associated services, such as fixed-income sales and distribution, and money-market trading.

The European Central Bank, which is responsible for supervision of European banks, said it was monitoring developments around the issue of primary dealers.

Barclays, Citi, Goldman Sachs, HSBC and JPMorgan are among the leading investment banks arranging euro sovereign bond deals. Others such as Nomura and Morgan Stanley are also active.

Industry executives say as much as 70 percent of sovereign debt in Europe is arranged by London-based firms, either acting as market makers in government bond auctions or selling debt directly to investors through “syndicated” deals.

Several billion euros of European government bonds are sold every week to primary dealers through auctions, which they then sell on. In addition, Thomson Reuters data shows 148 billion euros of bonds were sold via syndication last year.

Some banks are already making preparations to move some primary dealer positions from London to other European centers, according to two of the bankers with knowledge of the matter.

Other banks may exit the primary dealing business altogether, said the third source.

A fourth senior banker said his company was considering quitting its primary dealership business in some EU countries if it was required to shift some operations out of London, because of the costs this would incur.

Another senior industry source said big banks’ European government bond desks tended to comprise about 15-20 people, but that the number of jobs moving could be much higher.

The possible requirements provide a further incentive to move operations out of London for investment banks, which have started to enact contingency plans for when Britain leaves the EU and potentially loses passporting rights.

Global banks have already indicated thousands of jobs could move from London in the next two years.

“Because of the continuing uncertainty people have to assume the worst-case scenario, and they have to take action now,” said Matthew Hartley, Debt Capital Markets Partner at law firm Allen & Overy, which has also worked on bond documentation for several European countries.

“So inevitably you are getting people setting up in different European centers and building up a proper bank in the relevant jurisdiction,” he said.

For European government debt agencies already dealing with a shrinking pool of banks to partner with, institutions exiting the business could lead to higher borrowing costs.

But some debt agency officials believe it will not come to that. Anne Leclerq, head of Belgium’s debt agency, said she believed some primary dealers would move if the regulations changed.

“We have primary dealers in common with Italy and France and so on, so those institutions would not be able to serve any of their clients in the euro zone if they don’t move operations,” she told Reuters.

“And they only would have to move somewhere in the euro zone, not to each individual country. It’s more an issue for the banks than for us.”

But some smaller countries, who arguably could be the worst hit if more primary dealers drop out, favor compromise.

Portuguese debt agency chief Cristina Casalinho, for example, told Reuters on the sidelines of a conference in June: “We have to consider a two-way value proposition for it to work. We are in close contact with our primary dealers and we try to listen to their concerns.”

Electricity tariff for households to rise by 9.3% in October to December
Nepal strengthens laws against acid attacks
COVID-19: Some pre-schools to continue policy of masks or face shields for children under 6 even after rule change
Anger as Xi Jinping Doubles Down on Repressive Xinjiang Policies
New central green corridor connecting East Coast Park and Changi Beach Park to be created: Heng Swee Keat