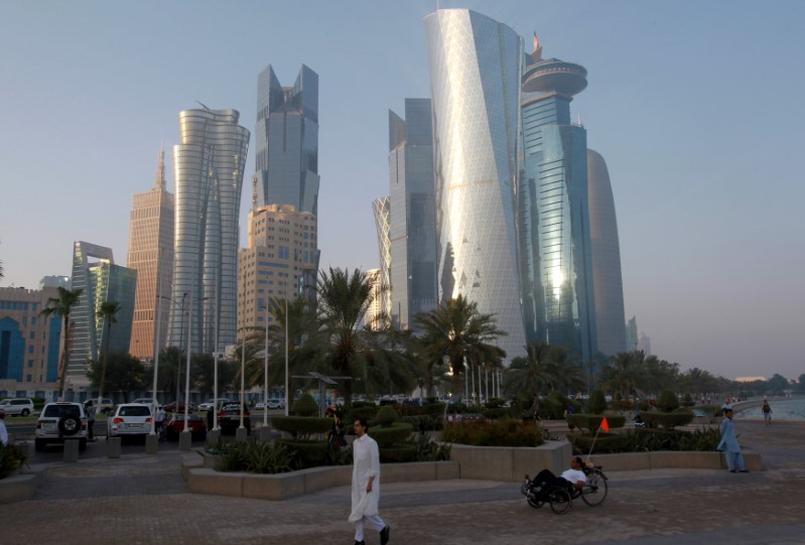 LONDON The West’s three biggest energy corporations are lobbying Qatar to take part in a huge expansion of its gas production, handing Doha an unintended but timely boost in its bitter dispute with Gulf Arab neighbors.

The chief executives of ExxonMobil(XOM.N), Royal Dutch Shell (RDSa.L) and France’s Total (TOTF.PA) all met the emir, Sheikh Tamim bin Hamad al-Thani, in Qatar before it announced a plan on Tuesday to raise output of liquefied natural gas (LNG) by 30 percent.

Company and industry sources told Reuters that the CEOs had expressed interest in helping Qatar with its ambition to produce 100 million tonnes of LNG annually – equivalent to a third of current global supplies – in the next five to seven years.

The companies already have large investments in countries on both sides of the dispute, and are keen to remain neutral after Saudi Arabia, the United Arab Emirates, Bahrain and Egypt severed ties with Doha on June 5. [nL8N1JW0KM]

Spokespeople from all three firms declined comment. However, a top executive from one energy major looking into expanding in Qatar said the huge business opportunity was worth the considerable political risk.

“There is only one policy here – you have to behave like a commercial corporation,” the executive told Reuters. “You have to make your choices purely economically and be Qatari in Qatar, Emirati in the Emirates.”

Energy sales have powered Qatar’s rapid rise as a regional player since the late 1990s, and the oil majors’ interest in the LNG expansion underline its longer-term economic muscle during the political row with its neighbors.

Qatar, the world’s largest LNG supplier and second biggest gas exporter after Russia, has some of the lowest production costs. The plan was seen as an opening shot in a price war as Doha tries to defend its market share, especially against supplies from U.S. shale deposits where costs are higher.

The four Arab countries, which have demanded Qatar stop fostering terrorism and courting Iran, said after meeting on Wednesday that Doha’s response to their grievances had been negative.

Saudi Foreign Minister Adel al-Jubeir said the political and economic boycott would remain until Qatar improved its policies. Further steps would be taken at the appropriate time, he said.

Exxon, Shell and Total have already invested extensively in Qatar, particularly in projects to liquefy gas, allowing it to be shipped by tanker to consumer markets where transport by pipeline is not feasible.

Woods met the emir on June 26, discussing “cooperation” with Qatar, where Exxon has been present since 1935, according to a statement carried by the state news agency.

Industry sources close to the talks said that “the Exxon CEO was very keen to join the new gas capacity expansion and expressed willingness to invest”.

Woods replaced Rex Tillerson, under whom Exxon helped to build Qatar’s LNG industry until he left to become U.S. Secretary of State earlier this year.

Exxon will be the largest foreign investor in Qatar in 2017, with most money going into LNG facilities, representing around seven percent of its global portfolio, according to consultancy WoodMackenzie.

Shell’s Van Beurden was among the first foreign company leaders to visit Qatar after the crisis broke out, meeting the emir on June 14. This was followed several days later by a new deal under which Qatar will supply Shell, the world’s largest LNG trader, with 1.1 million tonnes annually for five years starting in 2019.

Shell’s operations in Qatar include Pearl GTL, the world’s largest gas liquefaction plant. Its overall investments in the state represent around six percent of its global portfolio.

The three firms had been expecting Qatar to expand its LNG exports since it lifted a self-imposed moratorium on development of the North Field, the world’s biggest natural gas field it shares with Iran, the sources said.

Oil and gas companies generally are no strangers to operating in risky areas. This week Total became the first Western energy firm to invest in Iran since the lifting of sanctions against the country. The project, phase 11 of Iran’s South Pars development, draws gas from the same reservoir as Qatar’s North Field.[nL8N1JU2W4]

Total chief Pouyanne discussed new opportunities in the LNG sector as well as the company’s plans to develop the Al-Shaheen oil field on his trip to Doha, according to a senior source.

Qatar’s LNG capacity could be boosted by up to 10 million tonnes per year relatively quickly and cheaply by optimizing existing facilities and upgrading a small number of units, a process known as “debottlenecking”, according to a senior industry source.

Beyond that, the expansion would require building new liquefaction terminals involving significant investments, which the energy giants can offer.

“Qatar LNG is really an important part of their overall portfolio, especially for Exxon but Total and Shell are also material LNG players there,” Tom Ellacott, analyst at WoodMackenzie said.

“Qatar LNG is very competitive. Debottlenecking will be a relatively cheap option to increase capacity, but with the industry at a low point in the cost cycle, it may also be a good time to install new terminals.”

Commentary: The aviation sector should bounce back sooner than expected
Hong Kong police say 47 activists charged with security crime
He couldn’t lose weight on his own. Then he opted for a surgery that’s gaining ground
Tokyo Olympics should have fans in stands: Tokyo 2020 president
Hundreds Protest as Hong Kong Locks up 47 Democracy Activists, Politicians