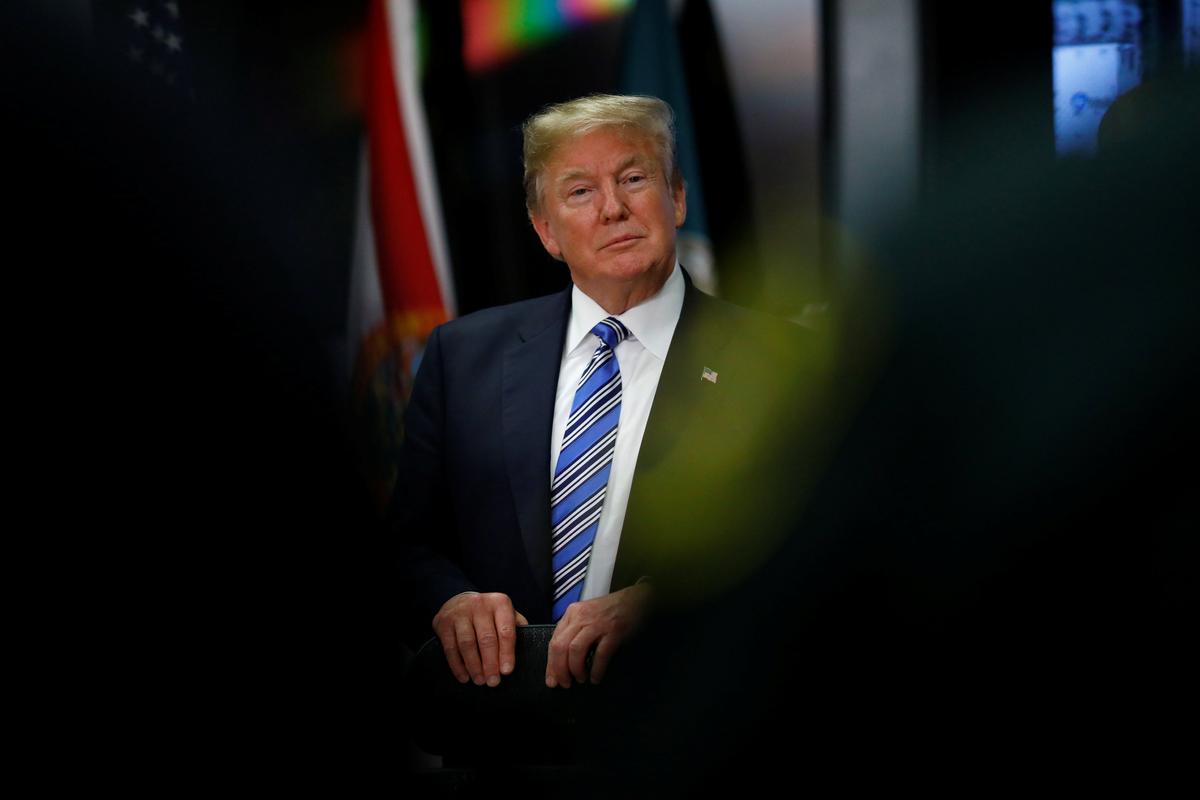 WASHINGTON/PARIS/MUNICH (Reuters) – The United States has sketched out a path under which three key European allies would simply commit to try to improve the Iran nuclear deal over time in return for U.S. President Donald Trump keeping the pact alive by renewing U.S. sanctions relief in May.

The approach, outlined in a State Department cable obtained by Reuters and an interview with a senior department official this week, still faces obstacles. The European allies are uncertain what will satisfy Trump and are reluctant to make such a commitment only to find that he asks them for more, two European officials and two former U.S. officials said.

The cable’s characterization of what the United States wants from the Europeans, which has not been previously reported, sets a lower standard than laid out by Trump in January and so might facilitate a meeting of the minds, five current European and four former U.S. officials said.

“We are asking for your commitment that we should work together to seek a supplemental or follow-on agreement that addresses Iran’s development or testing long-range missiles, ensures strong IAEA inspections, and fixes the flaws of the ‘sunset clause,'” said the cable (reut.rs/2ocuNM2).

The crux of the July 2015 agreement between Iran and six major powers – Britain, China, France, Germany, Russia and the United States – was that Iran would restrict its nuclear program in return for relief from sanctions that have crippled its economy.

Trump sees three defects in the deal: its failure to address Iran’s ballistic missile program; the terms under which international inspectors can visit suspect Iranian nuclear sites; and “sunset” clauses under which limits on the Iranian nuclear program start to expire after 10 years. He wants all three strengthened if the United States is to stay in the deal.

Trump delivered an ultimatum to the European powers on Jan. 12, saying they must agree to “fix the terrible flaws of the Iran nuclear deal” or he would refuse to extend the U.S. sanctions relief on Iran that it calls for. U.S. sanctions will resume unless Trump issues fresh “waivers” to suspend them on May 12.

The State Department declined comment on the cable, saying it would not discuss internal communications. The White House did not respond to requests for comment on what Trump sought in his Jan. 12 statement or how it viewed the approach outlined in the cable.

Reaching a full-blown international accord by the May 12 deadline is seen as an impossibility by some U.S. and European officials even if there was agreement on the underlying issues, which there is not.

In an interview last week, a senior U.S. State Department described the effort with the Europeans as a two-phase process.

During the first, from Jan. 12 to May 12, the United States will seek to get the Europeans to agree on the weaknesses that need to be fixed, he said.

“We want a commitment from them that these are the deficiencies that need to be addressed … and an agreement that we will seek an agreement. That’s it,” he said.

The second phase, to begin immediately after May 12, would take that understanding to the other parties to the deal – Iran, Russia and China – to see if there was some way to address these issues.

The official said there were three possible avenues to do this: amend the existing pact, negotiate a supplemental agreement, or seek a new U.N. Security Council resolution to make the changes.

If the United States were to pursue a supplemental accord, which is common in arms control, it would want the support of Iran, Russia and China but could live with just the agreement of Germany, France and Britain, the senior U.S. official said.

In such a scenario, the four Western nations could create their own supplemental agreement to reimpose sanctions if the Iranians violated any of the new conditions that they would set.

In a meeting not been previously reported, U.S. negotiators will next see officials from Britain, France and Germany, known as the “E3,” in Paris on Tuesday, U.S. and European officials said, to discuss how to meet Trump’s demands.

European officials said in interviews they did not know if the view laid out in the State Department diplomatic cable – sent to U.S. diplomats in London, Paris, Berlin and Brussels to deliver to their counterparts – will prevail in Washington.

Ultimately, they said, all that counts is Trump’s judgment on whether to renew U.S. sanctions waivers that expire on May 12.

“Has the Trump administration shifted its stance? We don’t know,” said a senior European diplomat on Friday.

“The reality is that what we are doing now is to try to get the best package possible to convince Trump,” said a second European diplomat on Friday, referring to Trump’s concerns on missiles, inspections and the sunset clauses.

“Nobody knows what Trump will do or wants,” he added.

That confusion is caused, in part, by disagreements among different parts of the U.S. administration and the fundamental unpredictability of what Trump — who has at times rejected the advice of his senior national security officials — may ultimately decide.

Boucher and three other former U.S. officials flagged the difference between Trump’s demand the E3 reach an “agreement to fix the terrible flaws” of the deal and the cable’s less demanding language seeking a “commitment” to “work together” to “seek” a supplemental accord that “addresses” its deficiencies.

“The president, to me, was holding out a higher standard. They have to agree and negotiate and we have to get an agreement. Whereas the other one was (saying) we have to get their commitment to go down this road,” Boucher said.