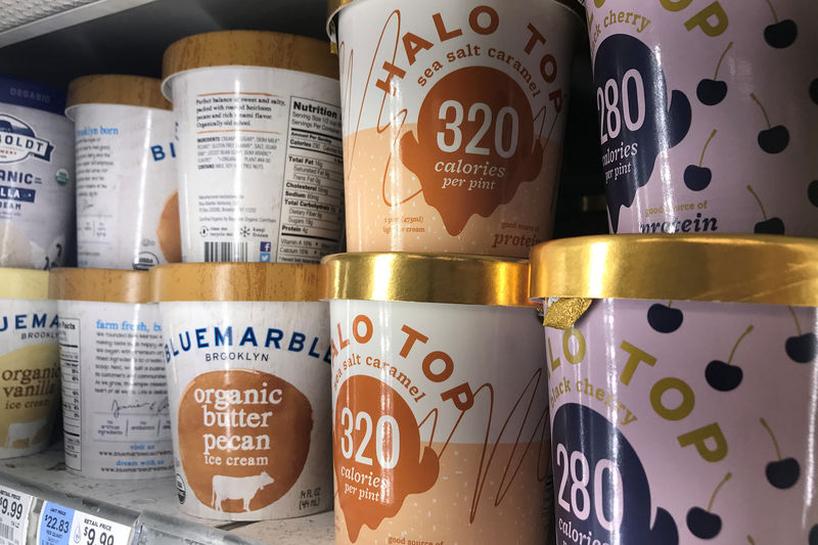 (Reuters) – Eden Creamery LLC, the privately owned U.S. manufacturer of low-calorie ice cream brand Halo Top, is exploring a sale that it hopes will value the ice cream brand at as much as $2 billion, people familiar with the matter said on Monday.

Eden Creamery is hoping to capitalize on the appetite of big food companies for premium and healthy ice cream brands, the sources said. Unilever Plc (ULVR.L), for example, acquired Talenti Gelato & Sorbetto, a lower-fat gelato and sorbet company, in 2014.

Los Angeles-based Eden Creamery is working with investment bank Barclays Plc (BARC.L) to prepare to run a sale process for the company, said the sources, who requested anonymity because the deliberations are confidential. There is no certainty Eden Creamery will agree to any deal, the sources added.

As sales of ice cream have slowed over the past five years, upstart healthy brands such as Halo have gained market share by appealing to an increasing number of waistline-conscious consumers.

Low-fat and nonfat varieties of ice cream are expected to make up 10.4 percent of the U.S. ice cream industry’s roughly $8.2 billion revenue in 2017, according to data provider IBIS World.

Still, the fastest-growing ice cream brands are the “premium” ones – the pricier and more calorie-leaden varieties that appeal to consumers looking to splurge. As a result, companies that own some of the largest ice cream brands have been doubling down on their premium offerings.

General Mills Inc (GIS.N) and Nestle SA’s (NESN.S)’s Häagen-Dazs, for example, which describes itself as “premium ice cream made with only the highest quality ingredients,” recently launched a new marketing campaign and has come out with limited edition flavors such as Hana Mochi.

Eden Creamery was founded by former Latham & Watkins LLP lawyer Justin Woolverton. Its ice creams, which come in flavors like sea salt caramel and pancake and waffles, are marketed as low-calorie and low-sugar.

However, Eden Creamery has also had to defend its use of artificial sweeteners in its ice cream, which critics say makes the food a less than healthy option.

Eden Creamery said in January that Halo Top sales had surpassed Ben & Jerry’s and Häagen-Dazs, making it the best-selling ice cream by the pint in the United States.