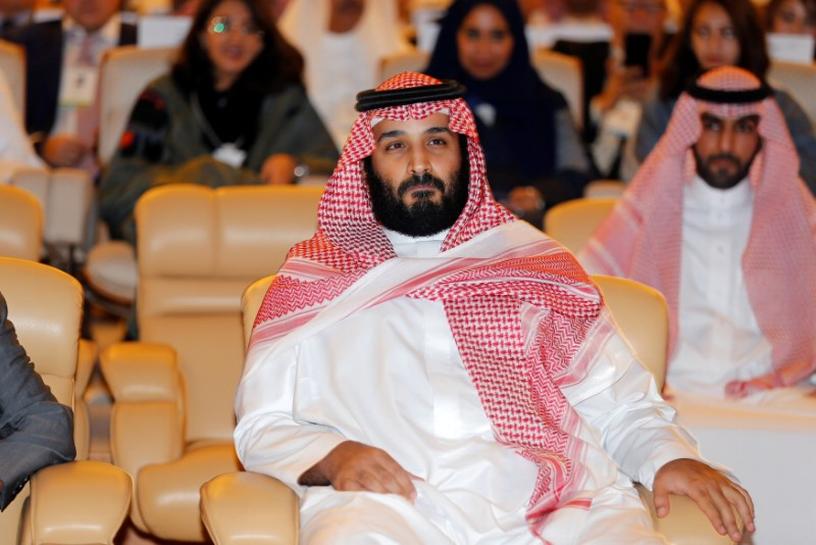 RIYADH (Reuters) – Saudi Aramco’s initial public offering is on track for next year and the national oil giant could be valued at more than $2 trillion, Saudi Arabia’s Crown Prince Mohammad bin Salman told Reuters in an interview.

The sale of around 5 percent of Aramco next year is a centerpiece of Vision 2030, an ambitious reform plan to diversify the Saudi economy beyond oil which is championed by Prince Mohammad.

Saudi officials have said domestic and international exchanges such as New York, London, Tokyo and Hong Kong have been looked at for a partial listing of the state-run firm.

A decision on which exchange would secure the offering has still not been made, fuelling market speculation that the IPO could be delayed beyond 2018 or even shelved, amid growing concerns about the feasibility of an international listing.

“We are on track in 2018… but the listing (details) are still under discussion,” Prince Mohammad told Reuters in an exclusive interview on Wednesday in Riyadh for release on Thursday. “It will be IPO-ed in 2018.”

The crown prince declined to discuss specific details of the IPO, which could be the biggest in history and is expected to raise as much as $100 billion.

Prince Mohammad, 32, has sweeping powers over defense, energy and the economy and is expected to take the final decision about Aramco’s listing venue and the other reforms.

Investors have long debated whether Aramco could be valued anywhere close to $2 trillion, the figure announced by the crown prince, who wants to raise cash through the IPO to finance investments aimed at helping wean the world’s biggest oil exporting nation off its dependency on crude.

But Prince Mohammad reiterated that Aramco’s estimated valuation would be about $2 trillion.

Visitors are seen at the Saudi Aramco stand at the Middle East Process Engineering Conference & Exhibition in Manama, Bahrain, October 9, 2016. REUTERS/Hamad I Mohammed

“I know that there has been a lot of argument around this topic but at the end of the day the right say is that of the investor. Undoubtedly the biggest IPO in the world must be accompanied by a lot of rumors,” Prince Mohammad said.

“Aramco would prove itself on the ground on the day of the IPO. Actually when I talked about the valuation, I talk about $2 trillion, it could be more than $2 trillion.”

The timing of the IPO will depend on getting legal and regulatory approval from the jurisdictions it opts to list in, industry sources had said. It could also be influenced by the oil price – currently below $60 per barrel – a price Saudi officials have identified as a good level.

Asked whether the rift with Gulf OPEC producer Qatar has dented investors’ sentiment, ahead of the Aramco IPO, Prince Mohammad dismissed the impact of the political impasse.

“Qatar is a very, very, very small issue,” he said.

Saudi Arabia and three other Arab states have cut ties with Qatar, accusing it of supporting terrorism. Doha denies the accusations.

OPEC kingpin Saudi Arabia is leading OPEC and other oil producers such as Russia to restrict oil supplies under a global oil pact to drain global inventories and boost oil prices.

“We are committed to work with all producers, OPEC and non-OPEC countries, we have a great and historic deal… We will support anything to stabilize the oil demand and supply,” Prince Mohammad said when asked whether the kingdom would support extending the agreement until the end of 2018. The current pact expires in March.

On Tuesday, Saudi Arabia’s Energy Minister Khalid al-Falih told Reuters that the kingdom is determined to reduce inventories further through an OPEC-led deal to cut crude output and raised the prospect of prolonged restraint once the pact ends to prevent a build up in excess supplies.