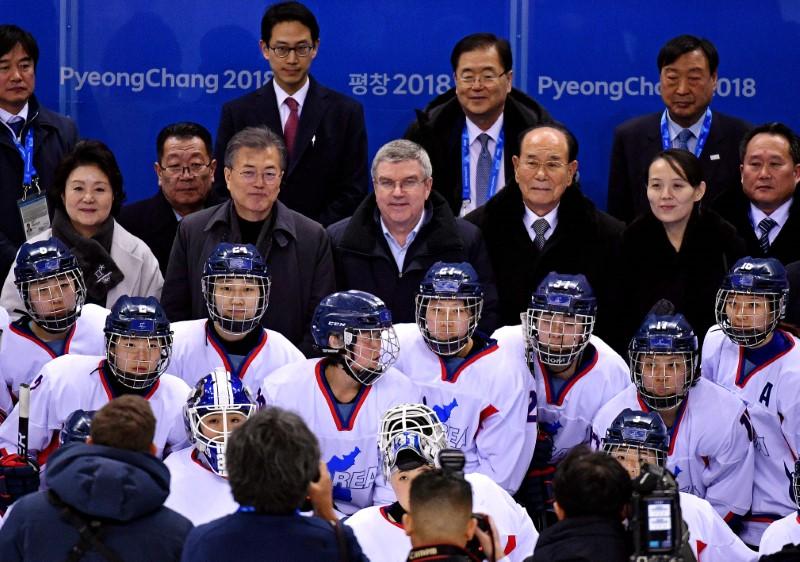 Angela Ruggiero, a four-times ice hockey world champion and Olympic gold medalist, told Reuters she would ask others to nominate the team, which included 12 players from North Korea which is still technically at war with the South.

It was the first time an inter-Korean team had competed at an Olympic Games.

“I would love the team to get the Nobel Peace Prize,” Ruggiero, a member of the IOC’s executive board said a day after the unified Korean team competed at the Pyeongchang Olympics.

“Seriously, the team. Something that is recognizing the sacrifice they made to adjusting their competitions,” she said.

South Korea suggested the formation of a joint team as part of its efforts to use the Games to re-engage with the North and pave the way for talks over the North’s weapons program.

North Korea is subject to heavy U.N. and U.S. sanctions designed to pressure the reclusive, one-party state to abandon its development of nuclear and ballistic missiles.

“As someone who competed in four Olympics and knows it isn’t about you, your team, or your country, I saw the power of what it did last night,” Ruggiero said.

The team took to the ice for the first time on Saturday, losing to Switzerland but winning over the crowd as North Korean cheerleaders and South Korean fans roared the players on.

The countries are still technically at war since their 1950-53 war ended in a truce rather than a peace treaty.

However, South Korea has been more willing to re-engage with the North than its old U.S. war ally, which wants Seoul to keep piling diplomatic and economic pressure on its neighbor.

Last month, the North agreed with South Korea to send 22 athletes and a 230-strong cheering squad to the winter Games.