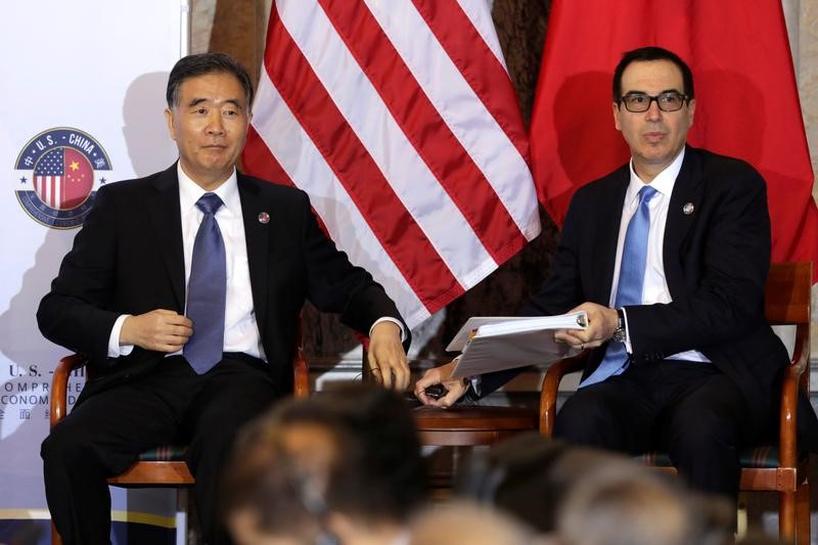 (Reuters) – A secretive U.S. government panel has objected to at least nine acquisitions of U.S. companies by foreign buyers so far this year, people familiar with the matter said, a historically high number that bodes poorly for China’s overseas buying spree.

The objections indicate that the Committee on Foreign Investment in the United States (CFIUS), which reviews acquisitions by foreign entities for potential national security risks, is becoming more risk-averse under U.S. President Donald Trump.

Chinese companies and investors eyeing U.S. assets could face more roadblocks as a result, at a time when the Chinese government is also restricting the flow of capital out of China following a bonanza of Chinese overseas deals.

There have been 87 announced acquisitions of U.S. companies by Chinese firms so far in 2017, the highest on record and up from 77 deals in the corresponding period in 2016.

CFIUS’s more conservative stance toward deals coincides with growing political and economic tensions between the United States and China. On Wednesday the two countries failed to agree on major new steps to reduce the U.S. trade deficit with China.

Since the start of the year, CFIUS has sent letters to companies involved in at least nine deals to say they would be blocked based on measures they have proposed to address potential national security risks, the people familiar said.

Many of these deals are in the technology sector, the sources said. A rise in cyber security threats and rapid advances in technology makes it more difficult to establish whether a deal poses any threat, lawyers who represent companies before CFIUS said.

An initial objection by the watchdog does not necessarily kill the deal immediately.

Some companies this year have chosen to keep their CFIUS filings alive by proposing new mitigation measures, while others have pulled their applications and canceled their deals, the people said. They asked not be identified because interactions between CFIUS and the companies are confidential.

“CFIUS decisions are highly sensitive and we are not going to comment on rumors of their outcome,” a White House spokeswoman said.

A spokesman at the Treasury Department declined to comment. Treasury leads CFIUS with Treasury Secretary Steven Mnuchin serving as chairman.

Most of the deals that CFIUS has sought to block this year have not been announced. Among the companies that have disclosed they have withdrawn their CFIUS applications and canceled their deals are U.S. electronics maker Inseego Corp (INSG.O), which tried to sell its MiFi mobile hotspot business to Chinese smartphone maker TCL Industries Holdings, and Texas oil producer ExL Petroleum Management LLC, which sought to sell its assets to Russian billionaire Mikhail Fridman’s L1 Energy.

By comparison, in the entirety of 2014, the last year for which CFIUS has released official data, nine deals were withdrawn after CFIUS began an investigation.

CFIUS is on track to review a record-setting 250 to 300 transactions in 2017, according to Anne Salladin, a CFIUS expert with the law firm Stroock and Stroock and Lavan LLP – up sharply from 147 deals in 2014.

The backlog is leading many companies that fail to gain CFIUS clearance within the standard 75 days allocated for review to refile their applications. Refiling resets the clock and gives up to another 75 days to complete the national security review and try to resolve potential issues.

A number of companies have said in regulatory filings that their high-profile deals are before CFIUS.

Of the two dozen political appointee positions in the Treasury Department just three have been confirmed by U.S. lawmakers. A key CFIUS nomination is that of former Allen & Overy LLP lawyer Heath Tarbert, who has been appointed as Assistant Secretary of the Treasury for international markets and development, and has yet to be confirmed.

Commentary: This is the end of business conferences as we know it
COVID-19 pandemic deals ‘crushing blow’ to struggling Kashmir tourism
UK’s Raab to visit Demilitarized Zone that divides the two Koreas
Tibetans in New York, Paris Call for Tibet’s Freedom on Anniversary of 1987 Lhasa Protest
Afghan peace official sees litle change in US policy regardless of election result