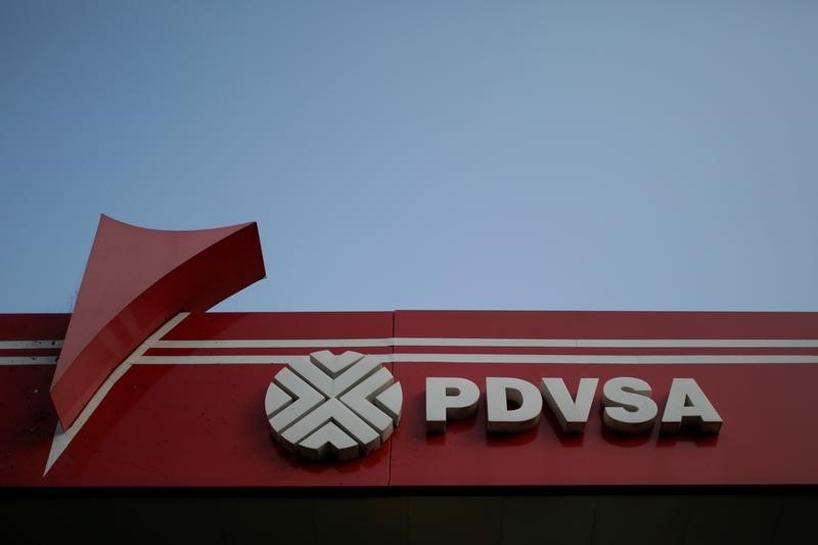 HOUSTON/WASHINGTON (Reuters) – The United States is considering financial sanctions on Venezuela that would halt dollar payments for the country’s oil, according to a senior White House official and an adviser with direct knowledge of the discussions.

The move could severely restrict the OPEC nation’s crude exports and starve its socialist government of hard currency.

Sanctions prohibiting any transaction in U.S. currency by Venezuela’s state-run oil firm, PDVSA, are among the toughest of various oil-related measures under discussion at the White House, the two sources told Reuters.

The administration aims to pressure socialist President Nicolas Maduro into aborting plans for a controversial new congress that critics say would cement him as a dictator.

Venezuela’s oil-based economy is in the grip of a brutal recession and a local currency crash, and Maduro has faced months of anti-government unrest that has claimed the lives of about 100 people. Sanctions on dollar transactions would make it even harder for Maduro’s government to secure cash for debt payments and finance imports of basic goods.

The White House declined to comment on the sanctions under consideration. PDVSA and Venezuela’s Oil Ministry did not immediately respond to requests for comment.

The U.S. measures under discussion are similar to those that were imposed against Iran over its nuclear program – which halved Iran’s oil exports and prevented top crude buyers from paying for Iranian oil.

The measures were seen as among the most effective economic sanctions ever imposed and paved the way for a deal that curbed Tehran’s nuclear activity.

Measures on financial transactions would give President Donald Trump’s administration the power to escalate pressure on Venezuela by threatening punishment of any U.S. firm doing business with PDVSA or U.S. banks processing any of its transactions in dollars.

The financial restrictions have been “raised repeatedly” in recent discussions about options for actions against Maduro’s government, said the senior White House official, who spoke on condition of anonymity.

The administration is also discussing a ban on U.S. oil imports from Venezuela, but no final decisions have been reached, the official said.

Sanctions on dollar transactions could be more punitive than an import ban because they would make it much more difficult for any refiner or trader to buy Venezuelan oil – not just customers in the United States.

The impact of sanctions on PDVSA would ripple across oil markets, forcing refiners to buy alternative supplies. The U.S. could use crude from its Strategic Petroleum Reserve (SPR) to blunt the impact of any short-term supply shortage, the policy adviser told Reuters.

The United States bought 780,000 barrels per day (bpd) of Venezuelan crude and refined products in the first four months of 2017, according to the Energy Information Administration, nearly 8 percent of total imports. PDVSA is a major supplier to Valero Energy (VLO.N), Phillips 66 (PSX.N), Chevron Corp (CVX.N) and PBF Energy (PBF.N).

It is unclear how Citgo, being wholly owned by Venezuela, would be impacted by U.S. sanctions. Citgo operates three refineries, pipelines and a fuel distribution network in the United States.

The threat of sanctions against Venezuela was a key reason for talks this week between PDVSA and Rosneft, Russia’s leading state-owned oil firm, which is already under U.S. sanctions. The negotiations in Moscow, reported by Reuters earlier this week, focused on a proposed swap of Rosneft’s collateral stake in Citgo for a host of other Venezuelan oil assets – a move to avoid legal complications.

The White House said earlier this week that Trump’s administration could take what it called “strong and swift economic actions” against Venezuela as soon as July 30.

Other options under consideration by Washington include putting more Venezuelan officials and PDVSA executives on its sanctions list, the two sources told Reuters.

Maduro intends to create a superbody called the constituent assembly this year that would have the power to rewrite the country’s constitution. It would supersede other institutions and replace the democratically elected National Assembly.

Maduro has decried what he calls “imperialist meddling” by U.S. officials.

Several governments in Latin America also have called on Maduro to abandon the assembly plan.

But officials in neighboring countries also expressed concern that U.S. economic sanctions would trigger famine in Venezuela, which is already reeling from shortages of food and medicine.

PDVSA’s cash flow has plummeted in recent years, in part due to the Venezuelan government’s deals to barter its oil to other nations in exchange for fuels, services and loans.

Chinese and Russian entities currently take about 40 percent of all PDVSA’s exports as repayment for more than $50 billion in loans to Venezuela and its oil company in the last decade, according to a Reuters analysis of its sales.

Almost all of PDVSA’s cash-paying customers are in the United States and India, and the preferred currency for oil transactions worldwide is the U.S. dollar.

The Venezuelan oil firm has been struggling to find correspondent banks in the United States since Citibank a year ago suspended providing that service. It would have even fewer options to collect dollars if the sanctions are levied.

The company could seek payment in euros through European bank accounts, or use other non-dollar denominated transactions. But the European Union could also take similar measures to prevent transactions in euros, following the lead of the United States.

The crude import ban has been strongly opposed by oil companies and crude processors because of the impact it could have on the refining sector, especially on the U.S. Gulf Coast.

Administration officials have heard from U.S. refiners on the hardships an import ban could have on their businesses and “are now measuring its potential impact on prices, market movement, [and] inventories,” the policy adviser to the White House told Reuters.

Phillips 66 – the third largest buyer of Venezuelan crude in the United States this year – said on Thursday that the administration should “carefully consider” sanctions that would affect U.S. refiners and not prevent the sale of Venezuelan crude elsewhere.

Some refineries get up to half their supply from Venezuela, he said in an interview Friday.

“It’s not easily replaced,” he said, adding that the sanctions also may not have their intended effect.

“Venezuela,” he said, “will just sell it to someone else.”

Additional reporting by Erwin Seba in Houston and Nidhi Verma in New Delhi; Writing by by Gary McWilliams and Marianna Parraga; Editing by Simon Webb and Brian Thevenot