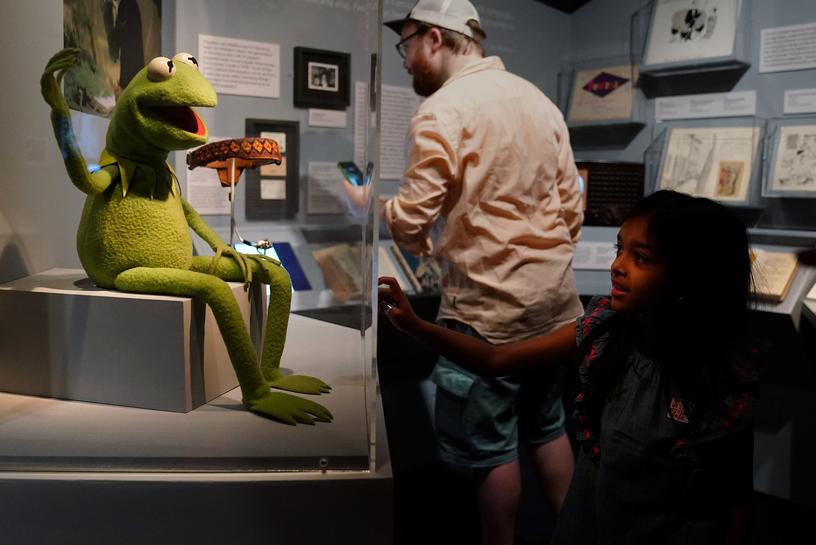 NEW YORK (Reuters) – A new exhibit featuring the work of Muppets creator Jim Henson will go on permanent display in New York City on Saturday to celebrate the career of the American puppeteer who brought to life such characters as Miss Piggy and Big Bird.

“The Jim Henson Exhibition,” housed in a new gallery space funded by the City of New York at the Museum of the Moving Image, features more than 300 artifacts related to Henson’s career, including 47 puppets, character sketches, storyboards, scripts, photographs, iconic costumes and more.

Film and television clips and behind-the-scenes footage are presented on more than 27 monitors and projections throughout the gallery. Interactive experiences allow visitors to try their hand at puppeteering on screen and designing a puppet character.

Barbara Miller, curator of the collections and exhibitions at the museum, says the exhibit explores Henson’s work for film and television and his transformative impact on popular culture. It also includes material from some of the puppeteer’s lesser known film projects.

A child looks at a display of Jim Henson’s Muppets character Kermit the Frog at the Museum of the Moving Image in the Queens borough of New York City, New York, U.S. July 21, 2017.Carlo Allegri

“Of course there’s familiar favorites like Miss Piggy and Kermit the Frog and Big Bird and all the things you would expect to see at an exhibition about Jim Henson and the Muppets,” said Miller.

“But there’s also a picture that emerges of Jim Henson as an experimental film maker, as someone who was always creatively restless and looking to do the next thing,” she said, adding that museum staff wanted to “permanently tell this story.”

Henson’s characters helmed “The Muppet Show” on TV between 1976 and 1981, before appearing in numerous films including 1992’s “The Muppet Christmas Carol,” and 2011’s “The Muppets.”

Henson, who died in 1990 at the age of 53, was also the creative mind behind the long-running children’s show “Sesame Street.”

The exhibit was organized by the Museum of the Moving Image, located in New York’s borough of Queens, in collaboration with the Henson family, who donated many of the show’s artifacts in 2013, The Jim Henson Legacy and The Jim Henson Company, and in cooperation with Sesame Workshop and The Muppets Studio.

Woman jailed for injecting insulin into her son for ‘peaceful’ death in plan to kill entire family over her childhood rape
Man arrested for suspected involvement in death of younger sister in Clementi West
Bodies float down Ganges as nearly 4,000 more die of COVID-19 in India
Hong Kong Court Jails Joshua Wong, District Councilors Over Tiananmen Vigil
Interview: ‘I Kept Wanting to Stay And Do a Bit More’