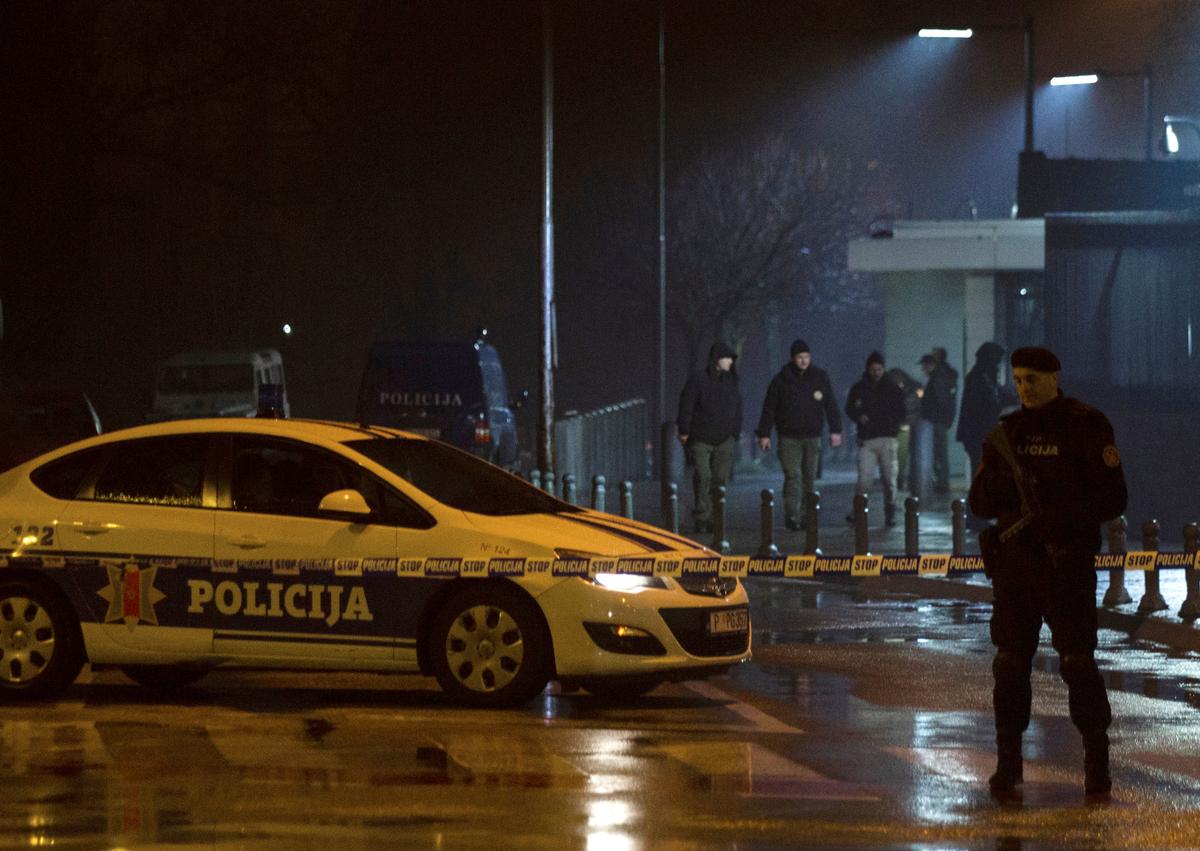 PODGORICA (Reuters) – An unknown person threw an explosive device, probably a hand grenade, at the United States embassy building in Podgorica, the capital of Montenegro, before blowing himself up, the government said on Thursday.

Messaging in English on its official Twitter account, the government said that half an hour after midnight (1130 GMT), “An unknown person committed suicide with an explosive device.”

It added, “Immediately before, that person threw an explosive device from the intersection near the Sport Center into the U.S. embassy compound.”

It said, “Most probably, the device was a hand grenade,” adding that police investigation and identification were underway.

A Reuters photographer in Podgorica said a police vehicle blocked the street where the embassy is located, adding that no damage was visible.

The embassy warned U.S. citizens to stay away until further notice.

Earlier, media in Montenegro had said the attack occurred minutes before midnight.

Montenegro, the smallest of all former Yugoslav republics, was the 29th country to join NATO last May.

Hunger, death, exploitation: The plight of the poor in India in the pandemic
Hong Kong activist Joshua Wong detained for illegal assembly
In latest China jab, US drafts list of 89 firms with military ties
‘The United States Stands With Tibet’: US Special Coordinator for Tibet
‘Reclamation is everywhere, we are stranded’: Ancol expansion a divisive issue in Jakarta