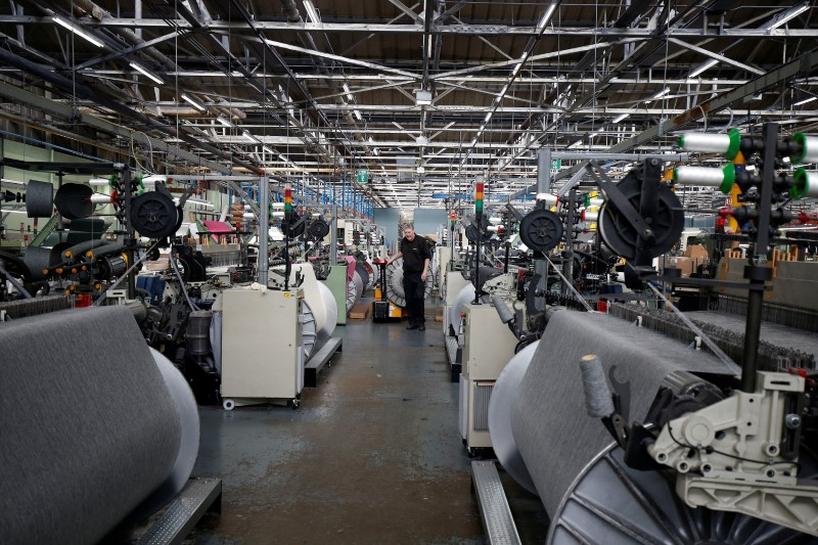 LONDON (Reuters) – The biggest surge in export orders since 2010 helped British factories to recover in July from a seven-month low, according to a survey on Tuesday that may temper some of the concerns among Bank of England officials about a slowdown in the economy.

The PMI exceeded the consensus forecast of 54.4 in a Reuters poll of economists.

Supporters of Britain’s decision to leave the European Union have said that sterling’s fall since last year’s referendum will help the economy by making exports more competitive. However, growth in the first half of 2017 slowed sharply as consumers felt the pinch of inflation, caused in part by the pound’s fall.

“In addition, the survey suggests that the peak impact of sterling’s depreciation on manufacturing prices has now passed.”

Although the PMI survey showed growth in manufacturing output cooled to a four-month low, new orders surged almost to the all-time high hit in April 2010, particularly from abroad, and employment also rose strongly.

EEF, a manufacturing industry association, said the improvement suggested the factory sector’s drag on the economy in the second quarter was likely to be temporary.

That ought to hearten BoE policymakers ahead of Thursday’s interest rate announcement, as should the signs that price pressures are now fading.

The BoE is expected to keep rates at a record low although two of the eight sitting members of the Monetary Policy Committee have previously voted for a hike, saying exports will help economic growth this year.

More important for the BoE will be Thursday’s PMI for the services industry which accounts for about 80 percent of British economic output compared with manufacturing’s 10 percent.

IHS Markit’s gauge of factory cost pressures fell for the sixth straight month to its lowest level since the Brexit vote.

“If this trend of milder price pressures is also reflected in other areas of the UK economy, this should provide the Bank of England sufficient leeway to maintain its current supportive stance until the medium-term outlook for economic growth becomes less uncertain,” Rob Dobson, an IHS Markit economist, said.

It remains to be seen how the signs of strength in the factory sector translates in official data which has so far shown manufacturing remained weak in early 2017.

Separately on Tuesday, a YouGov/Cebr survey showed consumer confidence stabilised last month after hitting its lowest level since just after the Brexit vote.