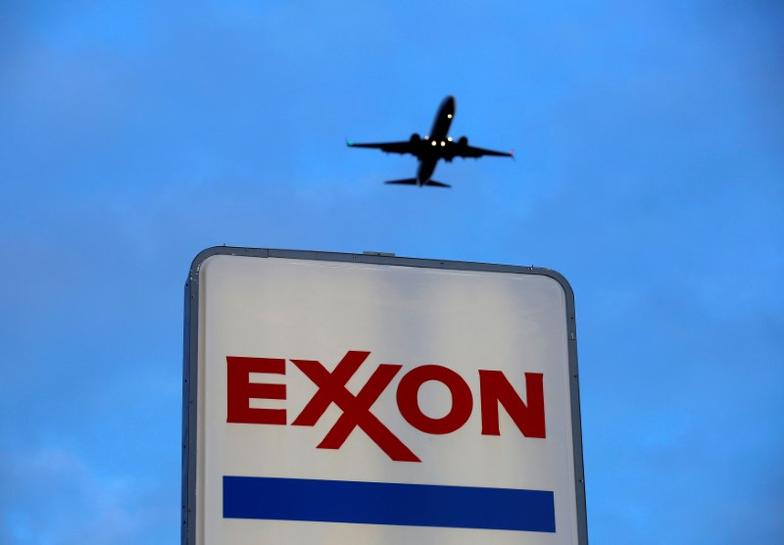 FILE PHOTO: An airplane comes in for a landing above an Exxon sign at a gas station in the Chicago suburb of Norridge, Illinois, U.S., October 27, 2016. REUTERS/Jim Young/File Photo

The results show improving cash generation at both companies and in the industry in general, as investors continued to push for capital discipline throughout the energy sector.

“Cash is king, more and more,” said Brian Youngberg, an oil industry analyst with Edward Jones. “These companies are trying to be disciplined and show growth.”

At both companies, though, the results also reflected their dependence on commodity price swings to boost results. Neither company hedges oil or natural gas production.

At Exxon, results beat expectations despite a drag from Hurricane Harvey, which shuttered many U.S. Gulf Coast refineries during August.

At Chevron, a writedown of its Bangladesh operations and a drop in U.S. production weighed on results, which missed Wall Street expectations by a wide margin.