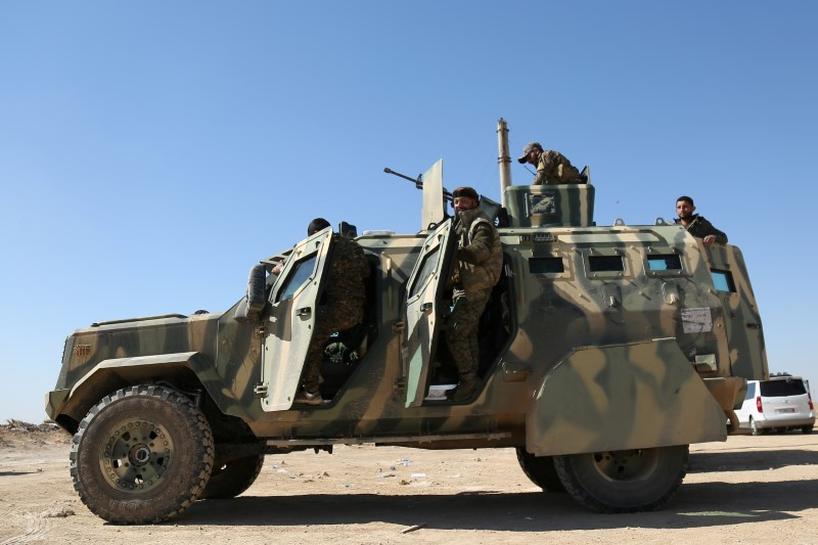 BEIRUT (Reuters) – Syrian government forces are nearing the last major town held by Islamic State (IS) in Homs province, part of their multi-pronged advance toward the jihadist group’s strongholds in the east of the country, a military source said on Thursday.

The source said combat operations would accelerate toward the town of al-Sukhna, some 50 km (30 miles) from the administrative frontier of Deir al-Zor province, where IS has redeployed many fighters after losing ground in Syria and Iraq.

“Capturing al-Sukhna means opening the door and path for forces to move to Deir al-Zor directly,” the source told Reuters, adding that the military had captured positions 8 km (5 miles) southwest of the town on Wednesday evening.

Islamic State is losing ground fast in Syria to separate campaigns waged by the Russian-backed Syrian government on the one hand, and to U.S.-backed Kurdish forces and their allies on the other.

Government forces, backed by the Russian air force and Iran-backed militias, have also been advancing against IS in Hama province and in southern areas of Raqqa province.

U.S.-led operations against IS are currently focused on taking Raqqa city.

Government forces have been approaching al-Sukhna gradually since capturing the ancient city of Palmyra, some 50 km away, in March.

“It is natural that combat operations escalate in this direction and take on a stronger and faster nature,” the source said, adding that Islamic State had concentrated forces in al-Sukhna.

The Syrian Observatory for Human Rights said the government forces were being supported in the attack by Russian air strikes and allied militias, and had moved to within 5 km of al-Sukhna.

Deir al-Zor province, which borders Iraq to the east, is almost entirely under Islamic State control. The Syrian government has held on to a pocket of territory in the provincial capital of Deir al-Zor city, and at nearby air base.