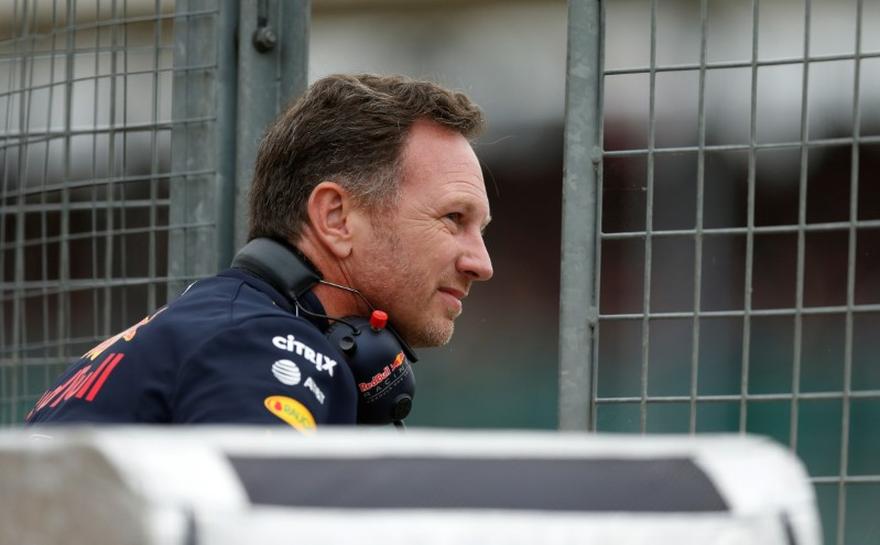 LONDON (Reuters) – Formula One should hold fire on introducing a new “shield” cockpit protection system until the device has been fully tested and refined, according to Red Bull team principal Christian Horner.

Ferrari’s Sebastian Vettel said the transparent open canopy made him feel dizzy when it was tested briefly, and for the first time on track, at Silverstone last Friday in British Grand Prix practice.

The German also said forward vision was not very good, with some distortion from the curvature of the screen, and he felt his helmet being pushed forward on the straights.

“Based on the comments that I’ve read from Sebastian, it didn’t sound to be too popular,” Horner told reporters after Sunday’s race.

“It feels immature in its concept at the moment to introduce for next year. I’m sure it will be discussed in the strategy group on Wednesday.”

The “shield” is designed to protect the driver’s head from flying debris and had emerged as the governing body’s favored choice after previous trials of a “halo” concept whose looks drew criticism.

Force India deputy principal Bob Fernley, who will attend Wednesday’s meeting in Geneva, said the technical regulations for 2018 already provided for either the halo or the shield.

“We’re committed to do something, it’s just a question of which direction we decide to go down,” he told Reuters on Tuesday. “That’s for discussion tomorrow.

“The best solution would probably be to build in the mountings for the shield and continue to work on it and introduce it as and when it is perfected,” added Fernley.

“We’ve just got to make a decision on which one we’re going to evaluate fully.”

While the shield might be better at deflecting minor components and debris, the less aesthetically pleasing halo could offer greater protection against bouncing wheels and heavier objects.

A meeting of the Strategy Group in April decided to give priority to the shield. Decisions made by the group have to be approved by the FIA’s World Motor Sport Council but that is usually a formality.

The meeting is also expected to discuss future aerodynamic regulations, the race weekend timetable and an obligation on drivers to attend a number of promotional events, such as a recent one in London.

Vettel was asked about that on Sunday and sounded non-committal.

“Without getting too political, we have contracts with the team and not with the commercial rights holder,” he said.