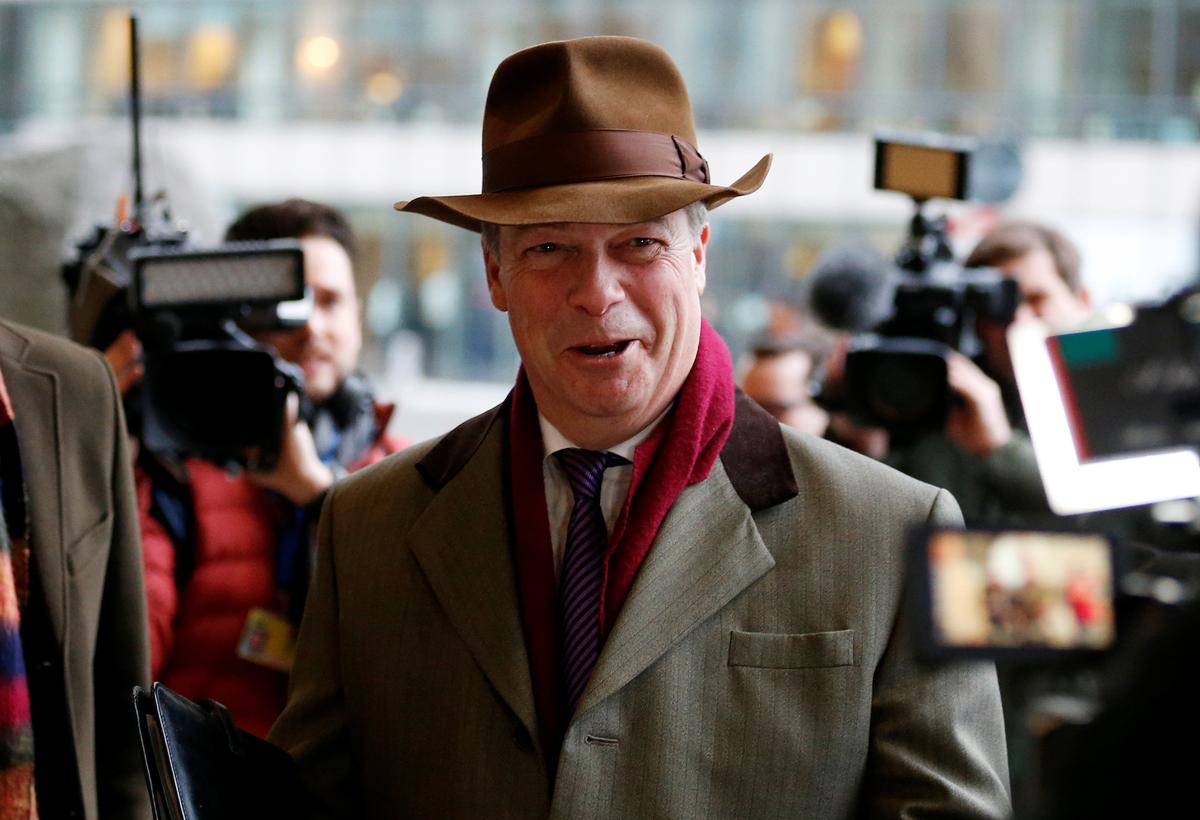 BRUSSELS (Reuters) – British member of the European Parliament Nigel Farage said on Monday Britain should opt for a hard Brexit if the European Union does not offer an agreement on financial services.

Farage, a former leader of the United Kingdom Independence Party (UKIP) who campaigned for Britain to leave the EU, said that without a deal on financial services, Britain might just as well base its future relations with the EU on World Trade Organization rules, or what is called the hard Brexit option.

Speaking to reporters after a meeting with the EU chief Brexit negotiator Michel Barnier, Farage said the bloc appeared ready to offer a free trade deal for goods but was reluctant to give Britain’s financial services industry open access to its markets:

“Unless he can compromise somewhat and be prepared to give on services and financial services, the calls to go out of the EU under WTO rules will increase,” Farage said.

Both sides described the meeting as civil, although Farage said he did not think Barnier, a former French foreign minister, understood the role open EU immigration had played in the Brexit vote of 2016.

“I really don’t think he gets it,” said Farage, who leads UKIP in the European Parliament, describing his visit to Barnier as a response to meetings he had held with Britons who argue for Brexit to be called off or watered down: “I‘m trying to represent the view of those who voted Brexit,” he said.