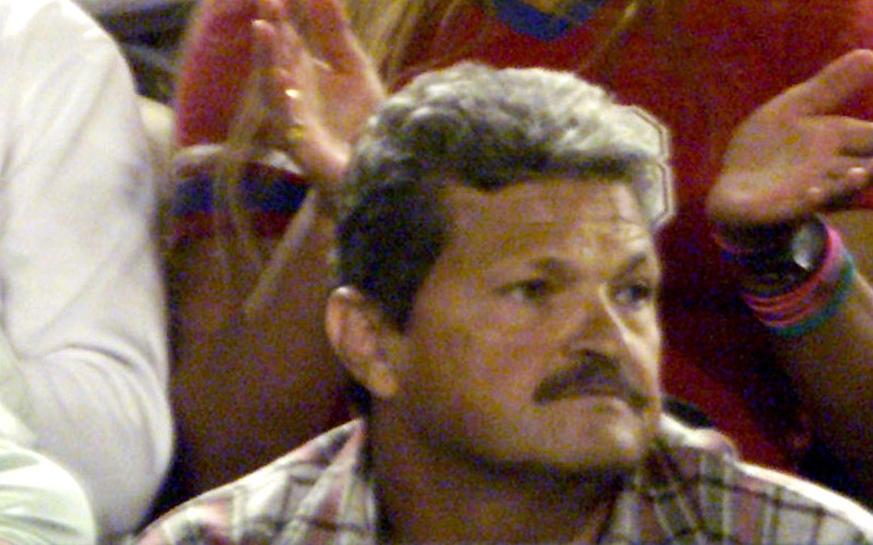 LOS ANGELES (Reuters) – The father of retired Australian tennis star Mark Philippoussis was arrested on Tuesday at his San Diego home on suspicion of sexually abusing two children who he has been coaching in the sport, police said.

He was being held at San Diego Central jail in lieu of $2.5 million bond in the meantime.

Philippoussis was taken into custody at his home in the Mira Mar neighborhood of San Diego after investigators established probable cause to support sexual allegations made against him, Rylaarsdam said.

FILE PHOTO: Tennis player Mark Phillippoussis of Australia plays at the ball with the handle of his racket as his father Nick Phillippoussis looks on during practise at the Sydney International Tennis Centre in Syndney, Australia, January 11, 2004.Will Burgess/File Photo

Rylaarsdam said that the investigation was still “in the infancy”. “We would love to talk to anybody who has information about this case, he said.

According to the San Diego County Sheriff’s Department’s inmate tracking website, Philippoussis had been booked on suspicion of sexual intercourse or sodomy with a child 10 years old or younger, lewd and lascivious acts on a child under 14 and oral copulation of a person under 18.

The arrest made headlines in San Diego, where Philippoussis gives personal tennis lessons, and in Australia where his celebrated for his successful pro tennis career.

Mark Philippoussis retired from professional tennis in 2015, having reached a top ranking of Number 8 in the world. In 2003 he played in the Wimbledon final, where he lost to Roger Federer.

Mark Philippoussis is not suspected of any wrongdoing in connection with the case against his father, Rylaarsdam said, adding: “There has been nothing in the investigation that would make us believe he has anything to do with this.”