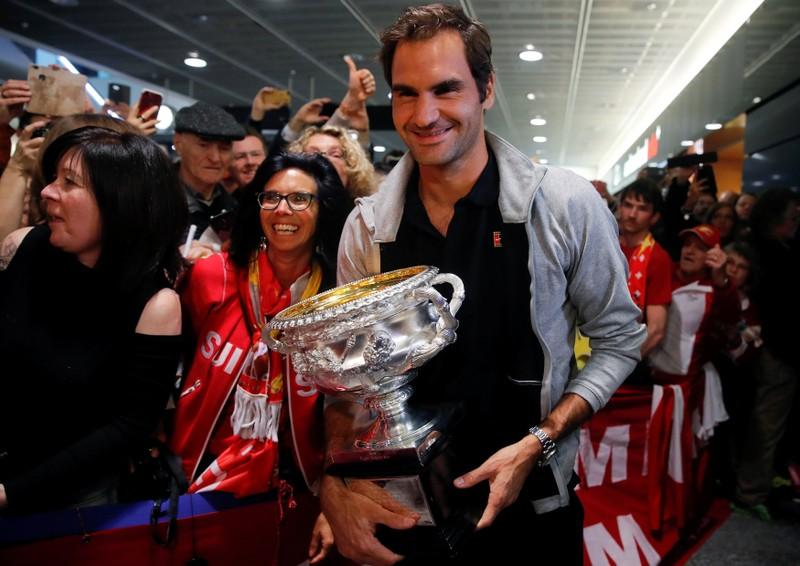 (Reuters) – Roger Federer will be highly motivated to reclaim the world number one ranking for the first time in more than five years when he plays at this week’s ABN Amro World Tennis event in Rotterdam.

The 36-year-old Australian Open champion arrived in the Dutch port city at the weekend knowing a run to the semi-finals will move him ahead of Rafael Nadal in the ATP standings.

Should the 20-times grand slam champion manage that he would become number one for the first time since November 2012.

”After the Australian Open was over, I thought I’d love to play Rotterdam and give it a go,“ Federer, was quoted as saying on the ATP website on Monday. ”Our team is very excited, that I‘m here and that I will give it a go.

“You have to do it, not because it’s the right thing to do, but you have to be here with all your heart and really go for it. Try my very best. Having the option of getting to number one is highly motivating and very exciting to say the least.”

Federer said he had not really given the rankings much thought until after he beat Croatia’s Marin Cilic to win the Australian Open last month.

“I played at the Australian Open not thinking about the rankings, but I knew I had the flexibility in February over my calendar,” the evergreen Swiss said.

Standing in his way could be compatriot Stan Wawrinka who he is seeded to face in the quarter-finals.

“If I get back to that spot you don’t want it to happen in an easy way. The achievement would be quite incredible. It’s exciting to have Stan in my section (of the draw),” he said.

Federer would surpass American Andre Agassi as the oldest world number one if he reaches the last four in Rotterdam and he would also set another record of the longest gap (five years and 106 days) between stints as number one.

He already holds the record of most weeks spent at number one, having topped the rankings for a combined 302 weeks.

American Pete Sampras is second on the list with 286.

Federer will have to wait until Wednesday to get his challenge underway in Rotterdam when he plays Belgium’s world number 116 Ruben Bemelmans for the first time in his career.

Businesses and residents near Top Glove dormitories on edge, as COVID-19 cases spike among workers
Last COVID-19 cluster closes; no active cluster in Singapore for the first time since pandemic began
4 new COVID-19 infections in Singapore, all imported
Kashmir people vote in local polls amid cold and security
IN FOCUS: Singapore wants fewer people to smoke. How can it make this happen?