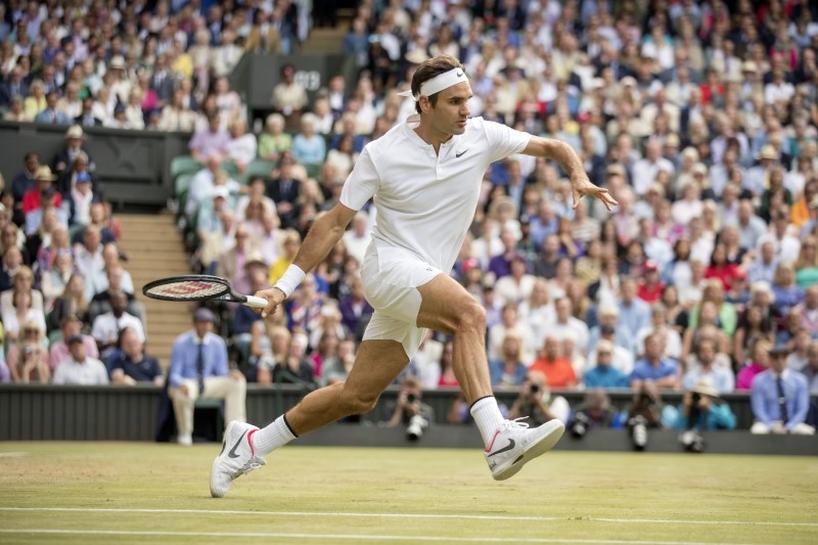 LONDON (Reuters) – Already one of the greatest sportsmen of his era, Roger Federer will become the most successful man in Wimbledon history if he can beat Croatian Marin Cilic on Sunday’s final and claim an unprecedented eighth men’s singles title.

The Swiss, level with Britain’s William Renshaw and American Pete Sampras on seven titles, is rejuvenated after taking a six-month break last year and enters the final as the clear favorite having not dropped a set in the tournament.

Add in the fact he has been almost unstoppable this season, winning four of the six events he had entered – including an 18th grand slam title at the Australian Open in January – many pundits and rivals believe Federer is playing some of his best tennis this year.

While Cilic will be contesting his first final at the All England Club, this will be a record 11th appearance for Federer and, less than a month short of his 36th birthday, he is the oldest Wimbledon finalist since Ken Rosewall finished runner-up in 1974 aged 39.

Should he triumph, Federer will become the oldest winner of the Challenge Cup since tennis turned professional in 1968.

“It makes me really happy, making history here at Wimbledon. It’s a big deal. I love this tournament,” Federer said after another vintage performance dealt with Czech Tomas Berdych in the semi-final.

“All my dreams came true here as a player. To have another chance to go for number eight now, to be kind of so close now at this stage, is a great feeling.

“I am unbelievably excited. I hope I can play one more good match. Eleven finals here, all these records, it’s great. But it doesn’t give me the title quite yet. That’s why I came here this year. I’m so close now, so I have just got to stay focused.”

Cilic, the first Croatian to appear in a Wimbledon singles final since Goran Ivanisevic triumphed in 2001, is looking to become the first man from his country to win multiple grand slams.

In seven meetings with the tall Croat, Federer has lost just once – in the semi-final of the 2014 U.S. Open when Cilic went on to win the title.

In last year’s Wimbledon quarter-final, Federer needed five sets and saved three match points to get past Cilic and that should give the Croatian some hope.

“I was one point away from winning a match over here against him. Definitely I believe in my own abilities to get through and to win it,” the 28-year-old said after beating American Sam Querrey in the semis.

“But I still know that it’s a big mountain to climb. Roger is playing maybe some of the best tennis of his career at the moment, having a great season. So I know it’s going to be a huge challenge. But I believe I’m ready”.