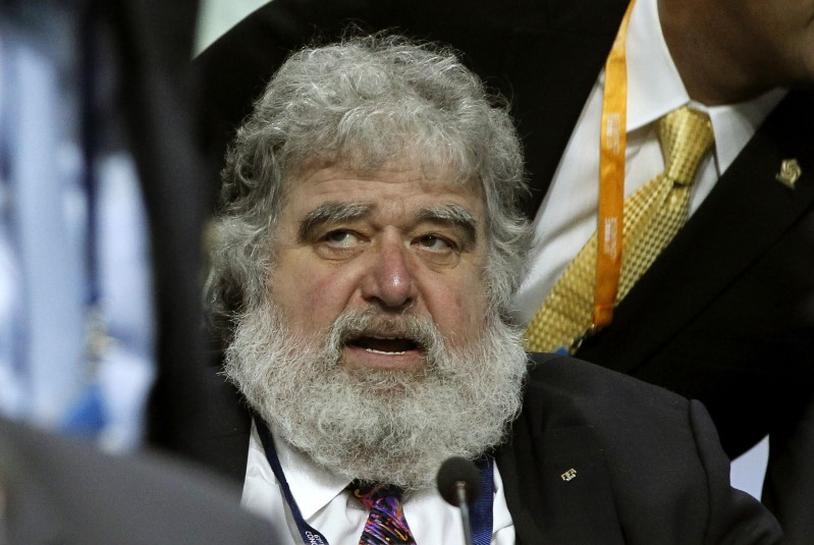 (Reuters) – Chuck Blazer, the former FIFA executive committee member who had pleaded guilty to racketeering, wire fraud and money laundering has passed away, his lawyers said on Wednesday.

A statement by Blazer’s two lawyers did not provide details or the circumstances of his death.

Blazer, 72, held the position of general secretary at the Confederation of North, Central America and Caribbean Association Football (CONCACAF) from 1990 to 2011.

He pleaded guilty in the United States to bribery and financial offences in 2013 and was later banned by FIFA from all football activities for life. reut.rs/2tKRfAd

According to the transcript of his November 2013 guilty plea, Blazer and others in FIFA agreed to accept bribes in bidding for the 1998 World Cup in France and the 2010 World Cup in South Africa.

Through the 2013 plea agreement, Blazer agreed to cooperate with investigating authorities in the United States as they investigated the corruption scandal in FIFA which eventually played a crucial role in the departure of former FIFA president Sepp Blatter.

Blazer had accused another former CONCACAF president Jack Warner of having pocketed funds of a $10 million project to support the African diaspora in Caribbean countries at the time of South Africa’s successful bid to stage the 2010 World Cup. reut.rs/2sS00oZ

FIFA had opened an ethics investigation over bribes-for-votes allegations in the 2011 FIFA presidential election after Blazer reported a possible case of bribery in the election campaign between Blatter and then FIFA presidential candidate Mohamed Bin Hammam. reut.rs/2uU1yR0

Warner and Bin Hammam were also banned by FIFA for life.

FIFA was not immediately available for a comment on Blazer’s death. A spokesman for the U.S. Attorney’s Office in Brooklyn, which is overseeing the FIFA probe, did not respond to a request for comment.

Reporting by Kanishka Singh in Bengaluru; Editing by Gopakumar Warrier

Vietnamese Citizen Becomes First COVID-19 Fatality in Laos
Commentary: Indonesia’s coal industry is on its last legs
China cancels Everest climbs over fears of COVID-19 from Nepal
US condemns political use of COVID-19 vaccines after China-Taiwan tussle
Taiwan to quarantine all pilots of largest airline amid COVID-19 outbreak