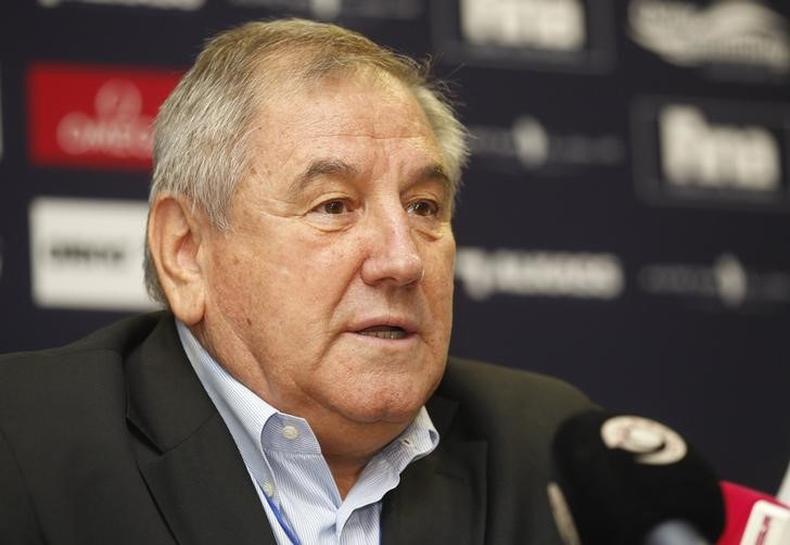 BUDAPEST (Reuters) – The international swimming governing body FINA will not revert to ‘synchronized swimming’ after the name of the sport was changed to ‘artistic swimming’ last week, FINA executive chairman Cornel Marculescu told Reuters on Wednesday.

FINA’s Congress – which also elected top officials including a new term for 81-year-old Chairman Julio Maglione – voted to change the name to attract a wider audience to a sport that has expanded recently, including having male competitors.

“This issue (renaming the sport) is coming out from the media… and also from the (International Olympic Committee) to give another dimension to synchro not to be only synchro swimming but to be a very artistic sport,” Marculescu said on the sidelines of a news conference at the world championships.

However, the decision has drawn criticism, including from thousands of online protest votes at the website change.org, and a defiant call from the Deputy Prime Minister of Russia, a powerhouse in the sport.

“To keep the name synchronized swimming is our right, and if the (Russian Swimming) Federation itself, the coaches will want it, we will do it,” Vitaly Mutko, a former Sports Minister, told Russia’s state-run TASS news agency, sports website Inside the Games reported.

“Such things as renaming are born spontaneously,” Mutko said. “Now the whole discipline has got a new name, and what is the point? The main thing is that changes in the rules do not follow.”

Marculescu said the rules would not change.

“Nothing changes, only the name… I don’t see any great difficulty with that. I understand the commentary of Mr Mutko but it’s no problem, we talk about the same sport anyhow.”

About the online petition, he said: “It’s interesting to have a different opinion.”

The petition on change.org had collected nearly 9,000 signatures by late on Wednesday.

It reads: “What both (FINA and the IOC) are forgetting is Synchro is a sport with extreme athleticism, power, strength, flexibility and endurance. Renaming it as Artistic Swimming… pays absolutely no respect to synchronized swimmers.”

“FINA has only just recently opened the door for men to compete at the (world championships), and this name change will be more of a deterrent to males than a calling card.”