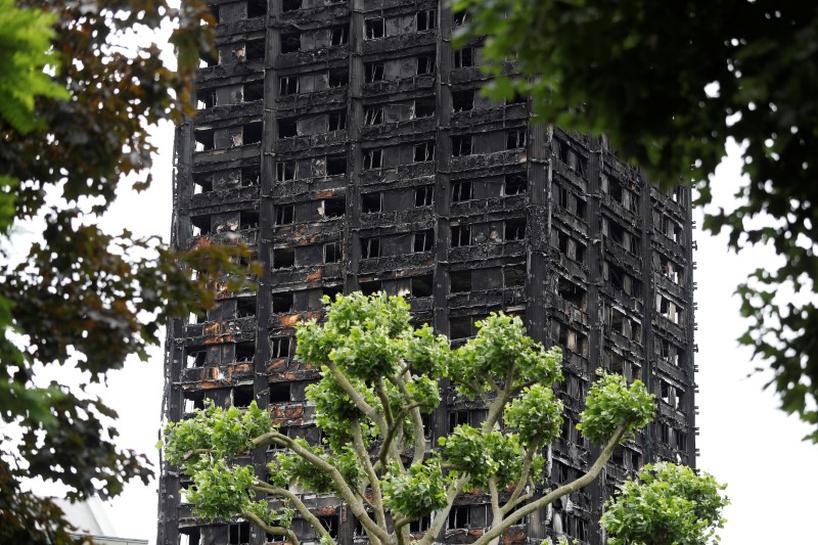 LONDON It will be months until the final death toll from a London tower block blaze is known, British police said on Wednesday, as Prime Minister Theresa May revealed that 120 other high-rise buildings also had exterior cladding that failed fire tests.

At least 80 people are dead, or missing and presumed dead, from the inferno that gutted the 24-storey Grenfell Tower block in west London on June 14 as families and children slept, and that figure is expected to rise.

Detective Superintendent Fiona McCormack, the officer in charge of the police investigation, said the final death toll would only be known after officers completed a painstaking search and recovery operation which would take until the end of the year to complete.

“We are many months from being able to provide a number that we believe accurately represents the total loss of life inside Grenfell Tower,” McCormack said.

The authorities have been under pressure to say exactly how many people lost their lives amid accusations from local residents that the true figure is being kept quiet.

The blaze in a social housing block close to one of Britain’s richest neighbourhoods has become a lightning rod for anger at May’s government with opponents blaming public spending cuts for the fire having such a devastating effect.

McCormack said a list of the tower’s occupants from its management company had been inaccurate, and police were using “every imaginable source” – from government agencies to fast food delivery companies – to find out who was in the apartments.

Police had spoken to at least one occupant of 106 of the block’s 129 apartments and this revealed that 18 people living in those homes had died.

“That means though, and it is a terrible reality, that there are 23 flats where despite huge investigative efforts we have been unable to trace anyone alive who lived there,” McCormack said. “So at this stage we must presume that no one in those 23 flats survived.”

She said it was not clear how many people lived in the 23 apartments, although there had been 26 emergency calls made from people who said they were in the properties at the time.

However, because of the intense heat, the remains of some victims might never be located and some might never be identified. A small number of apartments remain too unsafe for investigators to enter.

The fire broke out in a fridge freezer but spread rapidly, engulfing the entire tower block and police said aluminium tiles and insulation which made up exterior cladding had failed fire safety tests.

May told parliament that cladding on 120 other tower blocks has flunked tests, showing there was a wider fire safety issue.

“As we have seen from the number of buildings where the cladding has failed the combustibility test…, this is a much wider issue,” she said.

“It’s an issue that has been continuing for many years, for decades, in terms of cladding being put up in buildings. There are real questions as to how this has happened, why it’s happened and how we can ensure that it doesn’t happen in the future.”

Police have said they will consider manslaughter charges as part of a range of possible criminal offences committed by those responsible for Grenfell Tower and refurbishment work, completed in 2016, which added the cladding.

McCormack said 60 firms involved in the refurbishment were assisting the investigation.