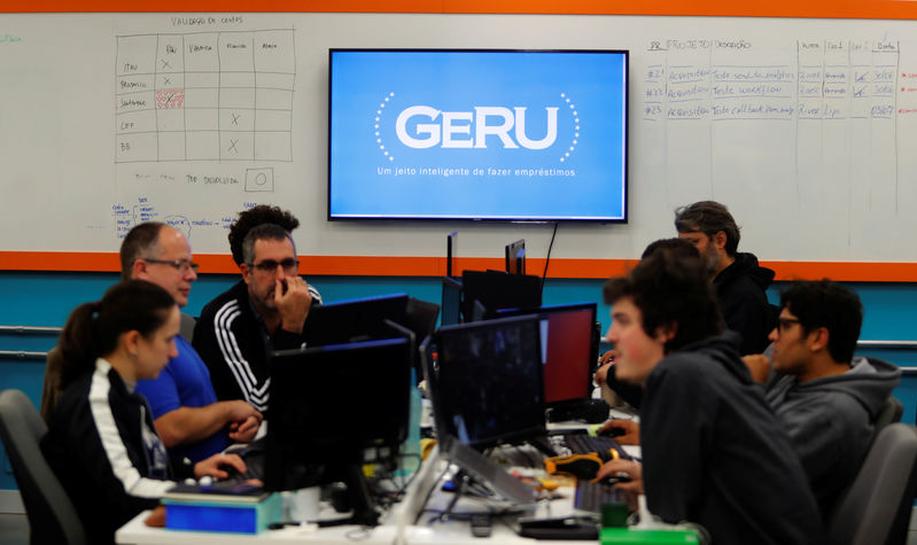 SAO PAULO Financial technology firms in Brazil are targeting lending to small- and mid-sized companies to fill a gap in the credit market left by large lenders deterred by rising delinquencies and narrow margins.

Fintech firms in Brazil have been growing fast in sectors such as consumer lending and credit cards, seeking to undercut some of the highest interest rates in the world offered by traditional banks.

Now fintechs such as Banco Inter are diversifying to offer accounts for small companies run by their existing retail clients.

Banco Inter and other fintechs are expanding into “bridging loans” for small businesses borrowing against their receivables from supply contracts with major companies, offering lower rates than traditional banks.

Borrowers in Latin America’s biggest country pay an average 250 percent a year for the riskiest type of unsecured rollover credit, the highest among the world’s 20 major economies.

“There’s a lot of room to grow because banks still charge very high rates and availability of credit for small- and mid-sized enterprises remains restricted,” said Jorge Vargas Neto, founding partner of Biva, a fintech that has originated 30 million reais ($9.1 million) in loans since 2015.

Lacking the necessary capital and scale to grow in a segment where assessing credit risk can be tricky, fintechs like Biva are using “peer to peer” models – connecting individuals and small enterprises to borrow and lend money without a financial institution.

Biva offers rates of between 1.7 percent and 6.3 percent a month to borrowers, and average returns of 22 percent a year to investors, Vargas said.

Brazil has yet to regulate peer-to-peer lenders, although activity has grown considerably in the past two years. The central bank said in May that it was looking to implement regulations this year to oversee fintech firms.

The slow progress in designing a framework underscores fintechs’ concern not to circumvent or breach existing banking laws.

Fintechs are trying different systems through which their investors can fund lending to smaller firms, including systems similar to a Dutch auction – in which borrowers get incentives to present as many guarantees as possible to get the lowest interest rate.

“This is a means to try to overcome the inefficiency of the credit system in Brazil, which is most accentuated for small- and medium-sized companies,” said Dan Cohen, founder and partner at F(x), which uses algorithms to match the profiles of lenders and borrowers.

The move comes as traditional banks have cut credit access for smaller companies amid record defaults and bankruptcies during Brazil’s deepest recession on record.

State-controlled Banco do Brasil SA (BBAS3.SA) curbed lending in the segment by almost 30 percent in the 12 months through March, while disbursements at Itaú Unibanco Holding SA (ITUB4.SA) for the segment were down almost 10 percent in the same period. Itaú is Brazil’s No. 1 bank by assets.

According to a study released in May by the InterAmerican Development Bank and tech accelerator Finnovista, Brazil is home to 230 of the 703 fintechs in Latin America, ranging from digital banks to financial education companies.

Many Brazilian financial startups involved in lending say that demand is coming from small businessmen. Brazilian fintech Geru lends on average up to 50,000 reais per client to individuals to invest in their own small businesses.

“We have seen that a large number of our loans go to self-employed people to invest in their own companies,” said Geru’s founder, Sandro Reiss.