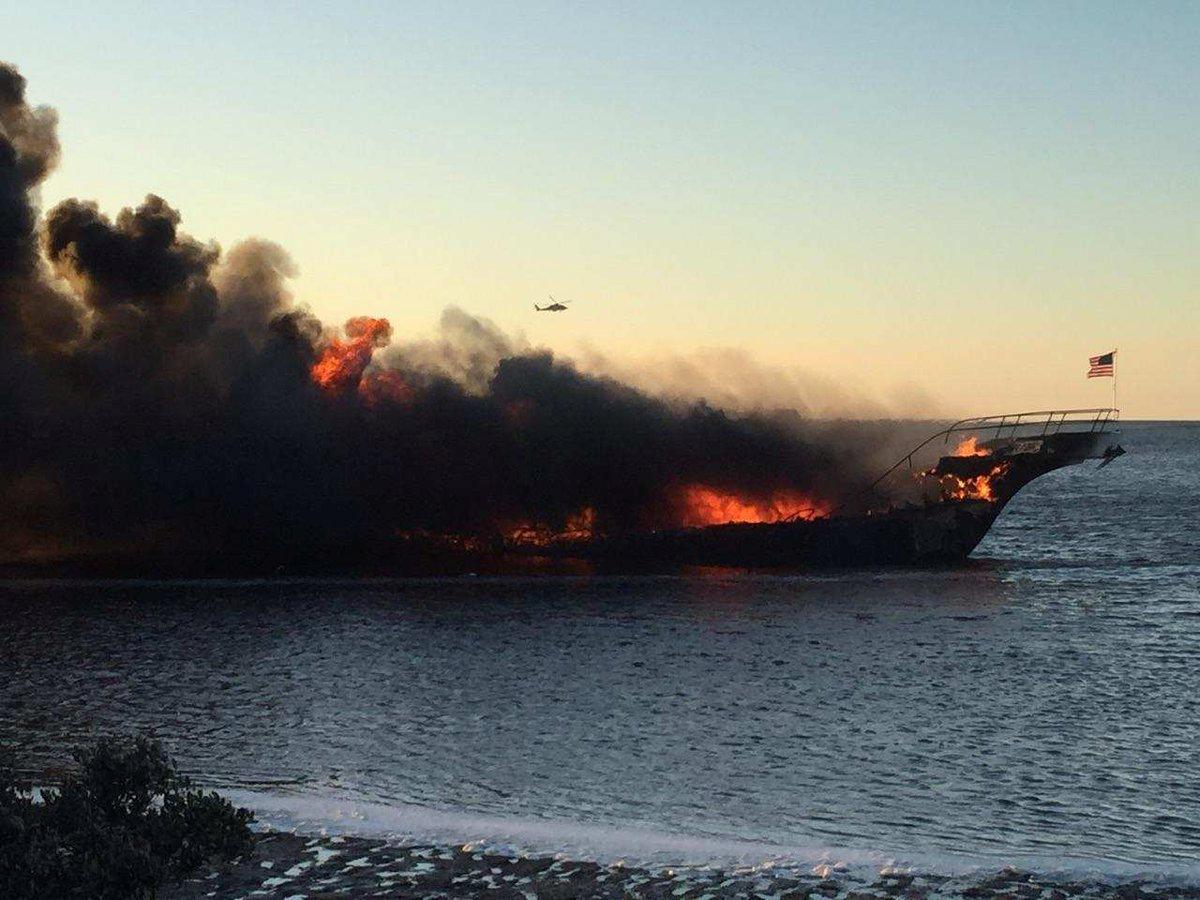 NEW YORK (Reuters) – At least 15 people were injured when a fire engulfed a boat off the coast of Florida on Sunday, causing the 50 people aboard to jump into the Gulf of Mexico and swim to shore, local officials said.

A preliminary investigation showed the fire broke out at about 4:17 p.m. EST from an apparent engine issue, said Shawn Whited, division chief with Pasco Fire Rescue.

“The captain of the boat said there was an issue with the engine. He said he noticed smoke coming form the engine room and turned the boat around,” Whited said.

The 60-foot shuttle boat was on its way to the Sun Cruz Casino boat, a little more than three miles away in international waters. It had only made it about 100 yards from where it originated in Port Richey, about 30 miles north of downtown Tampa.

After seeing the smoke, the captain prompted the 50 people aboard the boat to abandon ship and swim to shore. Some of the injuries were from being in cold water and from smoke inhalation, said Whited.

An official investigation will start soon, according to Whited. Several agencies, including the U.S. Coast Guard, the City of Port Richey Fire Department and the Florida Fish and Wildlife Conservation Commission, responded to the incident.

South Korea reports more than 500 new COVID-19 cases, highest since March
Transgender Pakistanis find solace in a church of their own
In latest China jab, US drafts list of 89 firms with military ties
5 new COVID-19 cases in Singapore; 13th consecutive day with no local infections
Uyghur Convicted of Terrorism in Indonesia Pleads For Asylum After Comrades Deported to China