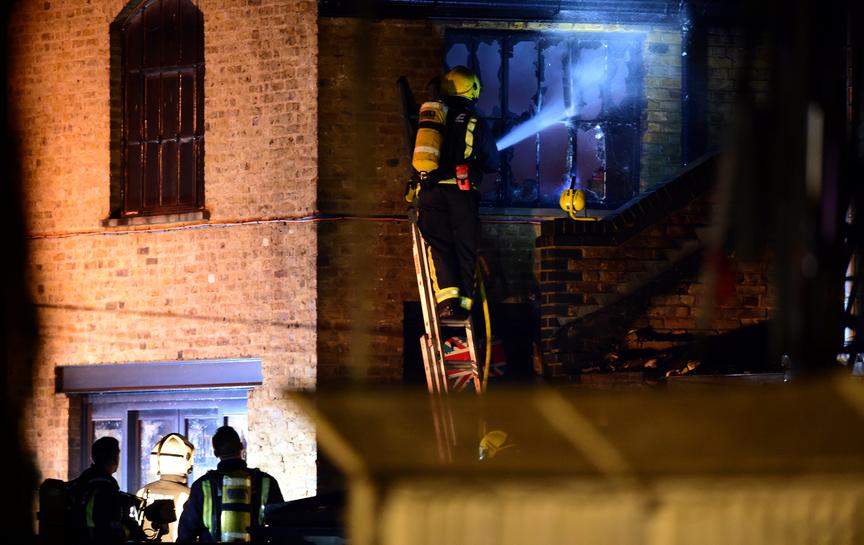 Firefighters have brought under control the fire in a building in London’s Camden Market, the London Fire Brigade said on Monday.

The London Fire Brigade said on Twitter the “fire is now under control but crews will be damping down into the morning”.

The first, second and third floors and the roof of the building were on fire, the brigade tweeted earlier, saying more than 70 firefighters and 10 fire engines were on the scene.

The cause of the fire was unknown and there were no immediate reports of any injuries or casualties.

London’s Camden Market had an incident of fire in 2008 when market storage areas and shops in the locality were set ablaze and adjoining houses were damaged. A major part of the market had then remained closed for several months.

In June, at least 80 people died in a devastating fire in London’s 24-storey Grenfell Tower.

(Reporting by Sangameswaran S and Kanishka Singh in Bengaluru; Editing by Peter Cooney and Amrutha Gayathri)

‘How will I cope if I fall sick?’: In India, COVID-19 spares no one
Singapore, Malaysia to begin cross-border travel scheme for death-related, critically ill emergency visits from May 17
Philippines Detains 48 Undocumented Chinese Working at Steel Plant
Indonesia economy shrinks for fourth straight quarter
Cyclist killed in crash at NTU campus