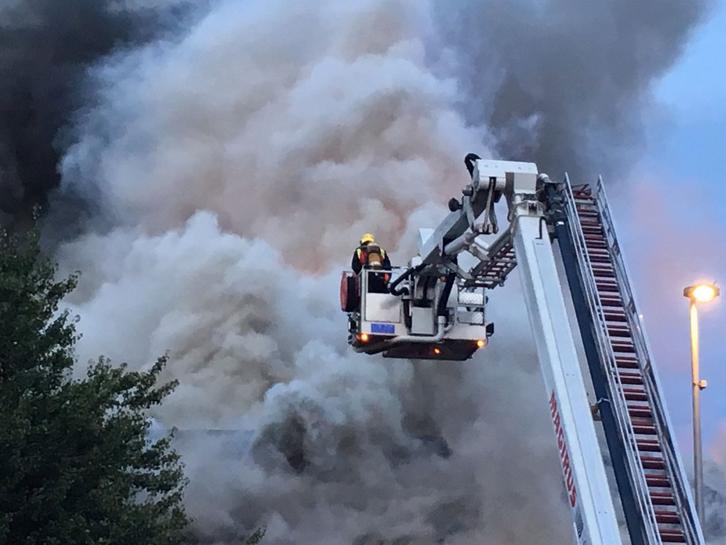 LONDON (Reuters) – The London Fire Brigade said on Wednesday that 15 fire engines and 97 firefighters and officers were tackling a huge blaze in a discount store in the east of the city.

The whole of the first floor and roof of a Poundland discount store in Chingford had been gutted by the fire, the London Fire Brigade said in a statement. (bit.ly/2irF7jB)

It added that there were no injuries.

“Firefighters are working hard to contain the fire and stop it from spreading,” Station Manager Danny Meakin said. “Crews will be at the scene throughout the night damping down pockets of fire.”

“A mother and daughter in an adjacent flat saw smoke and evacuated the property unhurt,” Meakin added.

The website of the London Evening Standard quoted police as saying an investigation had been launched.

“At this early stage, the fire is being treated as suspicious. Three suspects were seen to leave the area soon after the fire started,” a police spokesman said. Police said homes nearby had been evacuated.