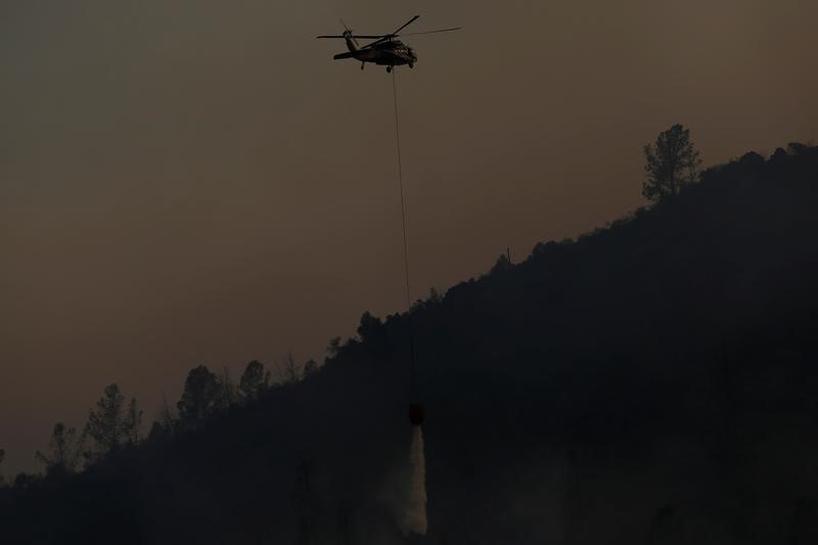 LOS ANGELES (Reuters) – A wildfire in central California was contained enough on Saturday for authorities to consider allowing more people back to their houses, a day after evacuation orders were lifted for a gold rush era town that was previously threatened.

The Detwiler Fire just outside Yosemite National Park has scorched 75,500 acres (30,550 hectares)and destroyed more than 120 structures, including 60 homes, since it broke out on Monday, according to the California Department of Forestry and Fire Protection (Cal Fire).

The blaze, 40 percent contained as of Saturday afternoon, was named after a road near where it erupted in the foothills of the Sierra Nevada mountains.

The wildfire had forced about 2,000 residents of the historic gold-mining town of Mariposa to flee their homes on Tuesday as it bore down on them.

Authorities have since lifted evacuation orders for the town. On Saturday, more residents were allowed to return home, officials said.

At the same time, the high temperatures this weekend are a concern for the nearly 4,500 firefighters handling the blaze.

“We’ve gotten ahead of the fire enough that we believe we’ll be able to maintain some greater control of it through this hot spell,” said Brandon Vaccaro, a spokesman for Cal Fire.

The fire’s main front is near the communities of Coulterville and Dogtown, north of the larger town of Mariposa.

Vaccaro could not immediately say how many people remain under evacuation orders, but the fire continues to threaten hundreds of buildings.

Yosemite National Park has remained open as the fire has burned near it, but smoke has clouded the views of its world-famous landmarks.

The Detwiler Fire is one of 38 large fires in the U.S. West, according to the website of the National Interagency Fire Center.

One of the largest was the so-called Lodgepole Complex fire in Montana that has burned through about 125,000 acres (50,585 hectares) in a sparsely populated central region of the state. It was zero percent contained as of Saturday afternoon, according to the InciWeb tracking service.