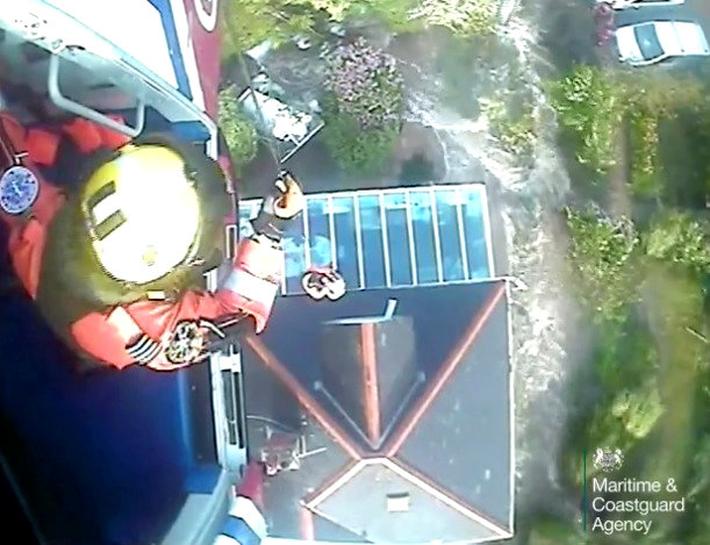 (Reuters) – A person trapped in their home by rising flood waters was lifted to safety by a Coast Guard helicopter crew after flash floods caused chaos in the Cornish town of Coverack on England’s south west coast.

The rescue was shown in a video released by Britain’s Maritime and Coast Guard agency. It showed a rescuer winch down and pick up an unidentified individual from the roof of a house, surrounded by flood waters, and carry them to safety.

Dozens of residences were evacuated and people have been told to avoid the area due to “major flooding”, local media reported.

The UK Met Office said the flooding followed heavy thunderstorms and rain in the south western counties of Cornwall and Devon on Tuesday afternoon.

Writing by Mark Hanrahan in London; Editing by Keith Weir