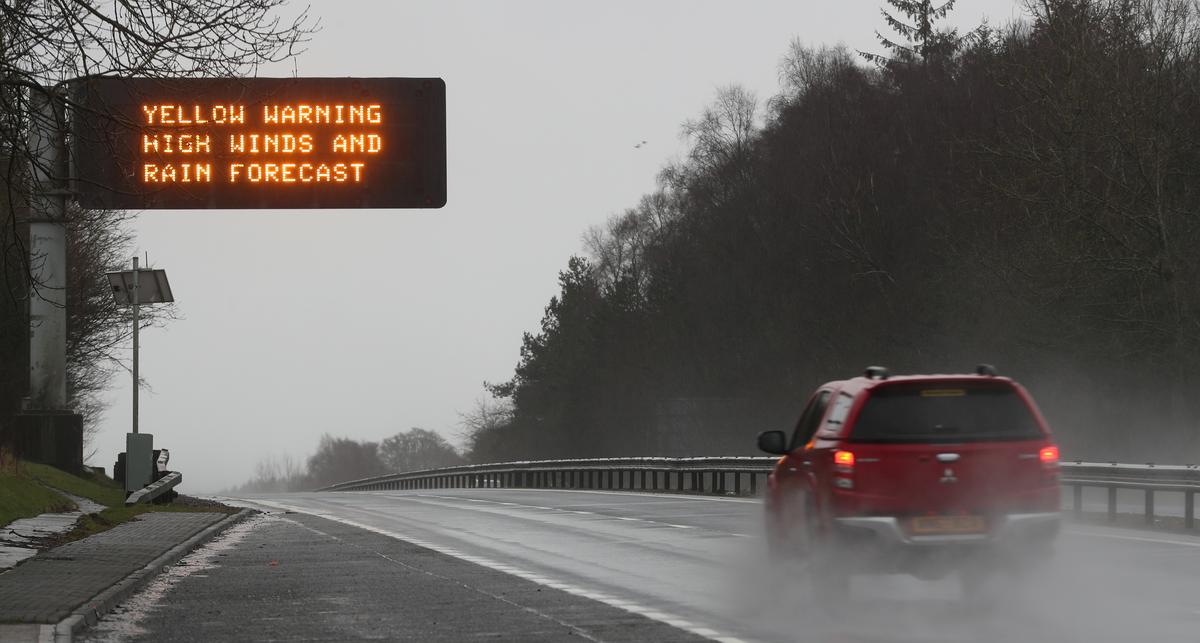 A traffic warning sign is seen on the A9 near Dunblane, Scotland, Britain February 15, 2020. REUTERS/Russell Cheyne

LONDON (Reuters) – The second storm in a week hit Britain on Saturday, prompting flooding alerts for many parts of the country and disrupting flights and train services just as many schools start their half-term holidays.

EasyJet has warned of “significant disruption” to its operations with multiple flights canceled into Gatwick Airport while Luton Airport was advising passengers to check with their airlines before setting off from home.

A total of 30 warnings were in place in England, meaning flooding was expected, and 238 alerts cautioning that flooding is possible, according to the Environment Agency.

A total of 75 military personnel were helping to build barriers and repair flood defenses in Yorkshire, northern England, where the ground was already saturated from last week’s rain.

“The government won’t hesitate to use all means at its disposal to mitigate the effects of Storm Dennis,” said defense minister Ben Wallace.