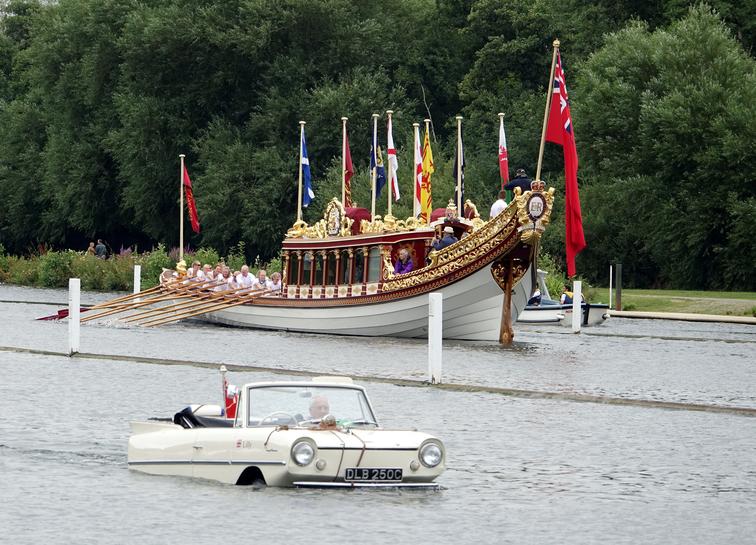 As the rowbarge – an ornate, gold-leaf and crest-bedecked vessel powered by 18 rowers – oared its way down river like something from a Canaletto painting, a flotilla of small floating automobiles putted by in the other direction.

The poles-apart meeting took place at the Thames Traditional Boat Festival in Fawley Meadows outside Henley-on-Thames in southern England.

The annual festival also attracted clinker-built rowing boats, Edwardian steamboats, traditional slipper launches, wooden canoes and an armada of the “Little Ships” that braved the Channel in 1940 to rescue British and allied forces at Dunkirk.