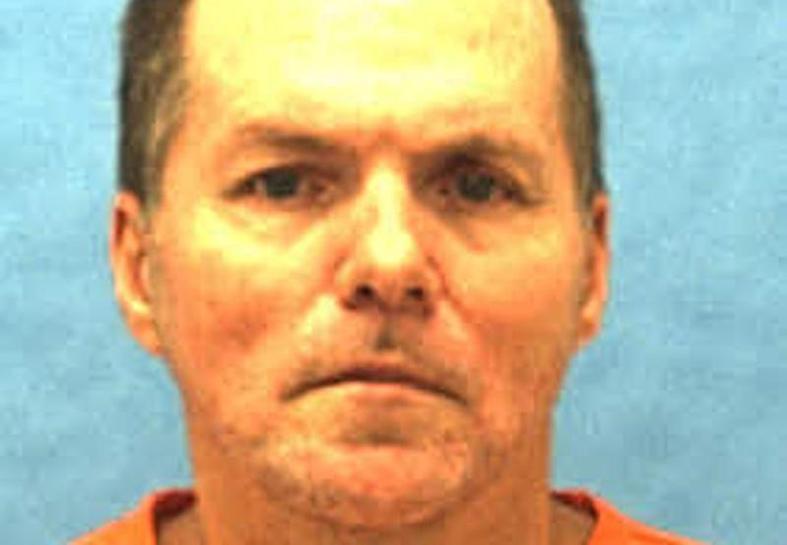 FORT LAUDERDALE, Fla. (Reuters) – A 53-year-old man convicted of killing two men in 1987 was executed by Florida on Thursday evening with a lethal injection that included a drug never before used in a U.S. execution, state officials said.

The execution was carried out at 6:22 p.m. (2222 GMT) at the Florida State Prison in Bradford County, about 50 miles (80 km) southwest of Jacksonville, where the two murders took place.

Mark James Asay was the first white man to be put to death in Florida for killing a black man since the state reinstated the death penalty in 1979.

Asay was sentenced to death in 1988 for killing two men in separate incidents on the same day a year earlier. After using a racial slur during an argument, Asay shot Robert Lee Booker in the belly. He killed Robert McDowell by shooting him multiple times in the chest. Asay said later he believed McDowell had cheated him out of $10.

Booker was black and McDowell was white.

Asay is the 93rd person to have been executed in Florida since the U.S. Supreme Court reinstated the death penalty in the country in the mid-1970s, according to the Death Penalty Information Center. That includes 91 men and two women.

Only Texas, Virginia and Oklahoma have put more people to death in that span, the Center said. As of April 2017, Florida had 386 people on death row, behind only California, with 744, the Center showed.

Florida had not killed an inmate on its death row since January 2016, when the U.S. Supreme Court ruled the state’s death penalty process was unconstitutional because it gave powers to judges that should be reserved for juries.

Florida’s legislature has since altered the state’s death penalty law so that only a unanimous vote of a jury can condemn someone.

Florida prison officials said the drug etomidate was used in Asay’s execution. It had not been used in a U.S. execution before.

Use of etomidate was a factor in the lone dissent from a Florida Supreme Court ruling earlier this month denying a stay of execution. Justice Barbara Pariente wrote that Asay was being treated as “the proverbial guinea pig” for the untested death penalty drug, etomidate, which she said would violate the constitutional protection against cruel and unusual punishment.

The court’s majority cited a U.S. Supreme Court decision from two years ago that said because the death penalty was constitutional, there must be a way to carry out executions and that eliminating all pain during them was not workable.

Florida, along with other states, had to find a replacement for drugs that became unavailable when drugmakers stopped distributing them because of their stands against the death penalty. In Florida, etomidate replaced midazolam, which Pfizer Inc stopped making last year to keep it from being used in executions.

Etomidate, an anesthesia invented in Belgium in the 1960s by Janssen, now a division of U.S.-based Johnson & Johnson, is off patent and more readily available than midazolam and produced by others as a generic drug. Janssen stopped making the drug last year, after never selling it in the United States.

“We do not condone the use of our medicines in lethal injections for capital punishment,” Janssen said in an emailed statement.

Pressured by Islamists, Pakistan parliament to vote on whether to expel French envoy
Commentary: Why many under 45 are hoping vaccination slots open in June
Commentary: How China will try to subdue Taiwan – without firing a bullet
Analysts expect private home prices to rise further on tight supply and strong demand
Registration of bicycles, licensing of cyclists may not make roads safer, say observers