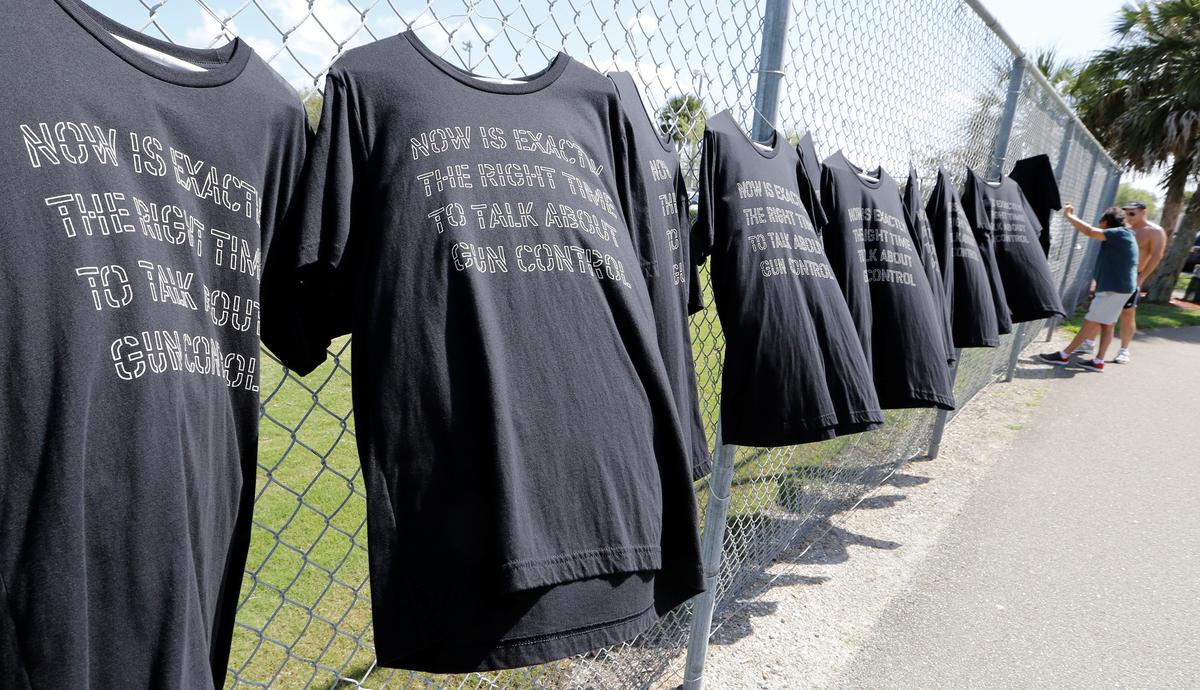 (Reuters) – In the week since 17 of David Hogg’s classmates and teachers were gunned down in Florida, he and his fellow high schoolers have launched a movement that reshaped the gun control debate almost overnight and may influence the U.S. midterm elections.

They have taken to social media to urge peers to hold a National School Walkout on March 14 and converge on Washington ten days later for the “March For Our Lives.”

Plunging into a debate that has long polarized America between those defending gun ownership as a constitutional right and those demanding measures to stop mass shootings, the students are now focusing on the November elections.

“We get out there and make sure everybody knows how much money their politician took from the NRA,” Hogg said.

They want to influence not only those casting their first ballot this year, but all voters, to make choices along gun-rights lines.

The students seem to have made more progress in a few days than years of anti-gun advocacy that has stumbled on opposition from Congressional Republicans who fiercely defend their constitutional rights to own guns.

The students’ movement is forcing donors to cut funding to the NRA and pressuring lawmakers to stop taking money from the politically influential gun rights group.

The teenage activists themselves are collecting millions of dollars from celebrities such as Oprah Winfrey and George Clooney, enjoy pro-bono advertising from people in Hollywood and organizational know-how from groups including the Women’s March.

What may be different about the Parkland students is their almost instantaneous mobilization and the power of social media, where their passionate speeches have gone viral, experts said.

“It’s this perfect storm of young people whose authority to speak cannot be denied because their friends were just murdered, have control of social media, the ability to speak to mass media, have celebrity support and organizational infrastructure,” said Sasha Costanza-Chock, an associate professor of civic media at MIT.

Democrats have rushed to support the teenagers, hoping the movement can help them in the midterm elections by boosting historically-low turnout among young Democratic voters.

“We need to embrace this movement,” said Democratic strategist Rodell Mollineau. “It very well may be that the solution to gun violence in this country is a generational solution instead of a partisan one. This might be the generation that finally breaks through on this issue.”

Republicans, on the other hand, warned that it was unclear whether the students would gain momentum beyond Florida, where they pushed Republican Governor Rick Scott to propose tighter gun laws on Friday.

“I would be cautious to recognize any national trend based on one week in which passions have been high,” said Republican strategist Rory Cooper.

The NRA did not respond to a request for comment. In recent days, NRA officials have lashed out at gun control advocates, arguing that Democratic elites are politicizing the Parkland rampage to erode gun rights.

To gun rights groups, Hogg and his friends are being used by gun-control organizations to seek the same gun ban proposals that failed after mass shootings including the 2012 massacre at Sandy Hook Elementary School in Connecticut.

Dave Workman, senior editor of The Gunmag.com, said he suspected the high schoolers had support from gun-control groups based on their increasingly polished arguments.

“That may be more of a problem with credibility than an asset,” said Workman, whose magazine is the publication of gun rights group The Second Amendment Foundation.

The students themselves say they do not need anyone’s approval and refuse to align with any political party, pointing out that both Republicans and Democrats take NRA money.

“Honestly both sides are pretty corrupt and I‘m not willing to take a side unless I know the person,” said Hogg. “These politicians need to be afraid.”

Everytown for Gun Safety, the largest U.S. gun control advocacy group, formed a youth branch this week after receiving thousands of enquiries from students around the country and is opening chapters in four states.

Brandon Wolf, a survivor of the 2016 mass shooting at the Pulse nightclub in Orlando, Florida, praised the Parkland students for bringing an end to years of inaction.

“These teenagers have done the impossible,” said Wolf, a member of the Florida Coalition to Prevent Gun Violence. “And all it took was a group of angry children with the right message to slap some sense into somebody.”