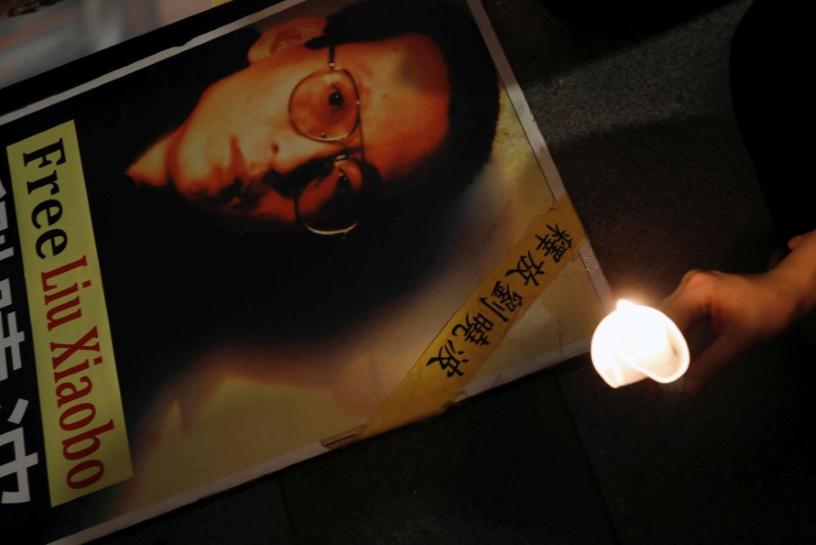 SHENYANG, China Ailing Chinese Nobel Peace Prize laureate Liu Xiaobo can be moved abroad safely for treatment and he wants to go to either Germany or the United States, but it needs to happen soon, two foreign doctors who visited him said on Sunday.

He was recently moved from jail to a hospital in the city of Shenyang to be treated for late-stage liver cancer.

On Saturday, two doctors from the United States and Germany visited him to assess his condition and consult on his treatment, after being invited by the hospital.

“While a degree of risk always exists in the movement of any patient, both physicians believe Mr Liu can be safely transported with appropriate medical evacuation care and support. However, the medical evacuation would have to take place as quickly as possible.”

The doctors acknowledged the quality of care he has received and said they agreed with the diagnosis of primary liver cancer.”The physicians have recommended Mr Liu receive palliative supportive care. Additional options may exist, including interventional procedures and radiotherapy,” they said.

The University of Heidelberg and MD Anderson have both agreed to accept Liu for treatment and both are prepared to offer him the best care possible, they said.

China’s Foreign Ministry did not immediately respond to a request for comment on whether Liu would be allowed to leave.

The hospital said on Saturday moving him would not be safe. A woman who answered the phone at the hospital on Sunday said she did not know about Liu’s case.

There are police cars parked outside all entrances to the hospital, which is located in the middle of downtown Shenyang.

A man, not in uniform, on Sunday blocked a Reuters reporter from entering the building where friends say Liu is being treated, saying access was only for patients or upon invitation.

Calls have grown from rights groups and Western governments for China to allow Liu to travel with his wife, Liu Xia, to be treated overseas.

Hu Jia, another well known dissident, welcomed the doctors’ statement as very positive, saying it essentially refuted suggestions Liu was too sick to be moved and it paved the way for him to be treated abroad.

“Firstly, this gives foreign diplomats Liu Xiaobo’s authorization. Secondly, it gives them the professional assessment that Liu Xiaobo can travel,” he said.

Ye Du, an activist and friend of Liu and Liu Xia, said the statement proved that information released by the hospital was inaccurate and politically motivated.

“I call on the governments of Germany, the United States, France and the United Kingdom as well as rights groups to pressure (China) together,” he said.

It is not clear if the foreign doctors are still in Shenyang.

A source with knowledge of the consultation and friend of the family told Reuters late on Saturday that Liu had told the foreign doctors he hoped to go abroad for treatment, but the government had been very clear they would not allow this.

In a brief statement earlier on Sunday, the hospital said Liu was finding it difficult to eat and he was being given nutritional support and pain medication.