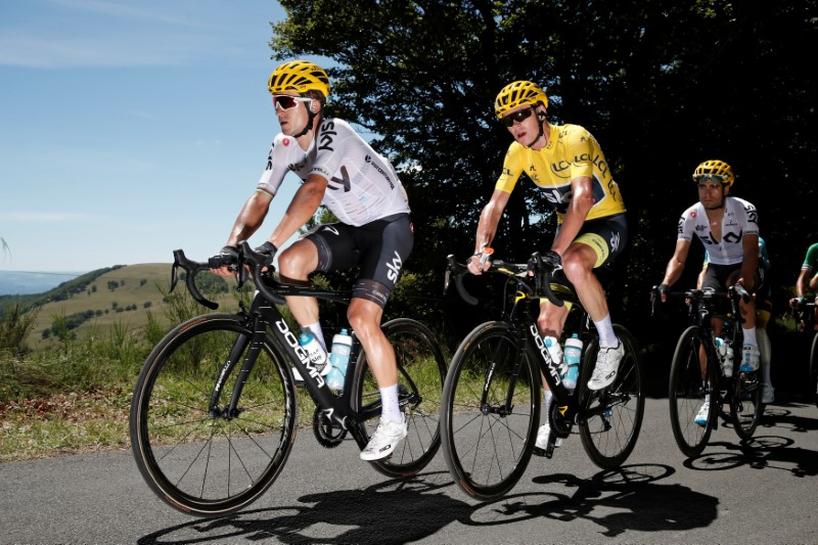 LE PUY-EN-VELAY, France (Reuters) – Chris Froome’s lieutenant at Team Sky, Mikel Landa, has shown great strength on the Tour de France – but he should throw loyalty out of the window and go for the title himself, according to three-time champion Greg LeMond.

The American won the Tour in 1986, 1989 and 1990, but missed out on the chance of a first victory in 1985 when he stayed loyal to his La Vie Claire team leader Bernard Hinault despite looking ready to challenge the Frenchman.

“He’s been the one who’s been used a lot to others’ benefits so he’s got to start racing for himself,” LeMond, who is on the Tour as an analyst for Eurosport, said in his daily chat with Reuters.

“I learned that lesson. I would never repeat that if I could.”

Landa is currently sixth overall, 1:17 behind Froome, but despite his work as a domestique, the Spaniard has made a big impression in the mountain stages, beating his leader in the finish in Peyragudes last week.

On Sunday, after Froome was left behind by the other favorites following a mechanical problem, Landa dropped out of the group in front and helped tow the Briton back, seemingly effortlessly.

Landa is sometimes regarded as a loose canon. In the 2015 Giro d’Italia, he had to be ordered by his team to wait for his then Astana leader Fabio Aru after going ahead solo in the colle delle Finestre.

Froome himself experienced similar frustration when he seemed stronger than his leader Bradley Wiggins at the 2011 Vuelta and in the mountains of the 2012 Tour de France, being similarly ordered by his team directors to slow the pace and wait for the yellow jersey.

With two demanding mountain stages to come in the Alps on Wednesday and Thursday, Landa must surely fancy his chances.

“If I were Landa I would not wait, I would go for the overall victory. There are no gifts in cycling. Have a mano a mano, Froome against Landa,” said LeMond.

Landa’s contract expires at the end of the year and he looks set to join Spanish team Movistar.

“If Landa is leaving there are no gifts, they won’t appreciate his sacrifice. But he’ll live with that loss for the rest of his life,” LeMond said.