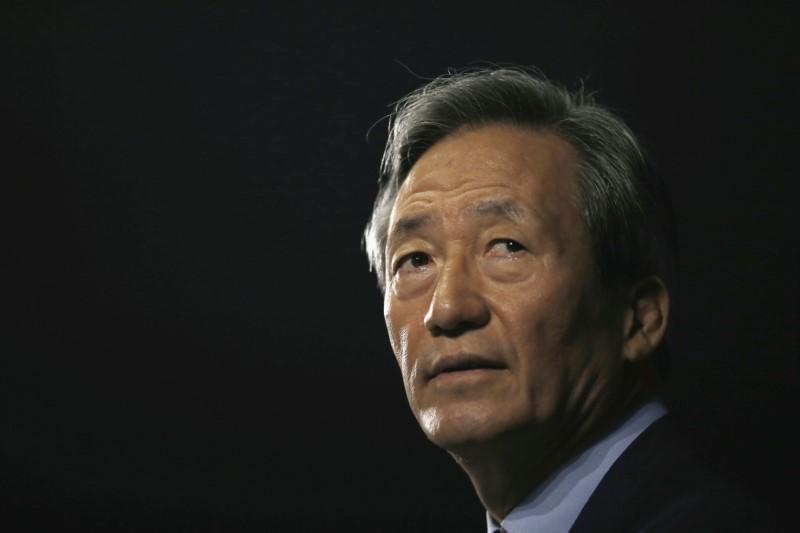 ZURICH (Reuters) – Former FIFA vice-president Chung Mong-joon’s five-year ban from soccer, over ethics violations in connection with South Korea’s unsuccessful bid to host the 2022 World Cup, has been cut to 15 months by the Court of Arbitration for Sport (CAS).

CAS said on Saturday that it had found “mitigating factors” to reduce the ban, which it said had been imposed for “improper lobbying”, and also annul a fine of 50,000 Swiss francs ($53,197.15).

Although CAS said that Chung was guilty of ethics violations, it said it was to “a far lesser degree than found by the FIFA instances”.

Chung, a billionaire scion of South Korea’s Hyundai industrial conglomerate who served as FIFA vice president from 1994 to 2011, has denied all wrongdoing.

His ban in October 2015 came amid the worst graft scandal in FIFA’s history when dozens of soccer officials were indicted in the United States.

FIFA president Sepp Blatter and European soccer chief Michel Platini were also embroiled when they were banned by the global soccer body’s own ethics committee. Both denied wrongdoing.

Chung was initially banned for six years and fined 100,000 Swiss francs, torpedoing his plans to stand for the FIFA presidential election in February 2016.

FIFA’s Appeals Committee subsequently reduced the ban to five years and cut the fine in half and the CAS decision means he is free to return to football immediately.

CAS said that Chung’s “misconduct related to his lobbying activities was not minor considering his high and influential positions at FIFA”.

It said he was both honorary president of a federation bidding to stage the World Cup and a member of the FIFA executive committee which was responsible for choosing the hosts.

However, CAS said that it was “common for FIFA Executive Committee members to promote the bids presented by their national football associations”.

It also took into account Chung’s “lack of any prior record of unethical behaviour, his public stance against corruption within FIFA, and the meritorious services he provided to FIFA and football over the years”.

Russia was awarded the 2018 World Cup and Qatar the 2022 tournament in a single, secret vote in Zurich in 2010 amid persistent allegations of illegitimate attempts to influence the 22 voting FIFA executive committee members.

A report by FIFA’s ethics committee made public last year made no suggestion that Russia or Qatar should lose the right to stage the tournaments, despite detailing numerous attempts to influence voting officials.

Writing by Brian Homewood in Berne; Editing by Clare Fallon