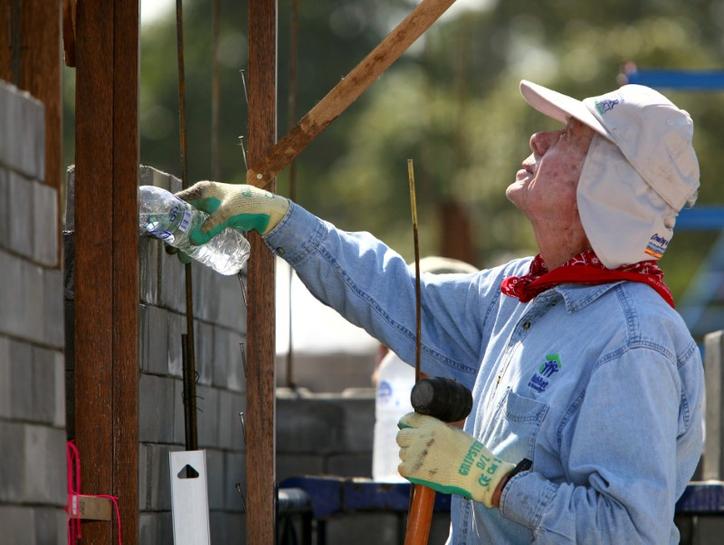 WINNIPEG, Manitoba (Reuters) – Former U.S. President Jimmy Carter was receiving hospital care on Thursday after becoming dehydrated at a charity house-building project in Canada, but he is doing “OK,” Habitat for Humanity said.

Carter, 92, became unsteady at the construction site and slumped away from his work area to a chair, according to eyewitnesses, who said he was working for more than an hour on steps of the home, using a drill. Several workers helped him to sit, and he was later taken away by ambulance.

His medical issue resulted from dehydration, the Carter Center said in a statement. He had been working on a building project with Habitat for Humanity, a charitable organization promoting affordable home ownership.

Carter was taken to St. Boniface General Hospital for treatment, according to the Carter Center, which is based in Atlanta.

“President Carter told us he is OK and is being taken offsite for observation,” Habitat said in a statement, noting he had been working in the hot sun. “He encourages everyone to stay hydrated and keep building.”

Carter, a Democrat who served in the White House from January 1977 to January 1981, received the Nobel Peace Prize in 2002 for his humanitarian work.

Carter, whose family had a history of cancer, disclosed in August 2015 that he had been diagnosed with melanoma, a form of skin cancer, that had spread to his brain and elsewhere and had been spotted during liver surgery. But by December of that year Carter told his church that his latest brain scan showed no sign of the disease.

The peanut farmer from Georgia has lived longer after his term in office than any other president in U.S. history. Through his work on global issues, he became widely regarded as a better former president than he was a president, having left office profoundly unpopular.

In Canada, Carter had been volunteering with a project to build 150 homes with Habitat for Humanity in honor of the country’s 150th birthday.

The organization noted that Carter had requested that others involved with the effort continue their work for the day.

Carter and his wife, Rosalynn Carter, have traveled around the world working with Habitat since 1984, according to the organization. She was with him at the hospital, the Carter Foundation said.